The following is excerpted from The Three Treasures by Rehmannia Dean Thomas. This article is republished from Reality Sandwich.

When we refer to something as a food, we are describing a substance that we can masticate, salivate and digest, and through internal processes, assimilate its nutrients and minerals into vital energy and cellular mass. For food to provide energy efficiently, the body must be healthy to effectively transform and utilize nutrients for energy or structure.

The energy source of all our food is the plant kingdom. Concentration in meat and fish is derived from the plant, algae, bacteria and fungi, consumed by the animal. Carnivorous fish and animals eat insects and other animal life that have plant-based diets, for the most part. Granted, there are some omnivorous and carnivorous species in plant, animal and insect families.

The majority of vegetables and grains we eat are plants called annuals, meaning that their full growth cycle of germination, fruiting, seeding and dieback occurs within one or two seasons. A handful of our edible plant staples, including some brassicas and some tomatoes, are biannual, producing edible portions for a few years. Due to hybridization and extensive cultivation, these biannual plants usually only produce vibrant edible parts in the first season, and in commercial agriculture, are cut away for replanting after harvesting the first crop. These annual plants comprise most of our cultivars; the familiar grocery store varieties.

An onion is planted from a seed and within about four months has grown underground into a root tuber. We eat it after four or five months of growth, and if left in the ground longer, its phyto-chemistry changes to starchy material. At maturity, it will send its reproductive energy into the stalk. The stored carbohydrates will begin “lignifying” into structural proteins, and the stalk will harden in order to hold up a seed pod. Then a beautiful spherical tuft of flowers will sprout and produce seeds that fall to the ground around the plant, to be transported by wind, animals and insects. If the flowers were pollinated by bees and other insects, or through cross pollination, and if the original seed was not manipulated by humans to prevent its re-germination, new onions will sprout the following year; all will begin again.

When onions are eaten at their ripe, sugary stage, we can easily chew and release nutrients from the cellulose and primarily through enzymes in the stomach, duodenum and small intestine, assimilate the easily digestible carbohydrates, proteins and minerals for energy and structure.

The forces that enabled this tuber to grow so quickly are called enzymes, which are proteins that catalyze or increase the rate of chemical reactions. They are by-products of photo-synthesis, sunlight, and magnetic electrical elements derived from water and soil. These enable the growing plant to collect nutrition that our bodies can use. Many enzymes are heat sensitive, losing potency with cooking. This means we should eat a considerable percentage of our food raw, or extract the juices with a juicing machine. When preparing foods, low heat or brief flash-cooking is best, like the Chinese do in woks, and avoid overcooking, so that the food retains some of its enzymatic life-force.

We should choose foods that are ripe and succulent.  Annual cultivars from organic and local growers are the best choices usually to ensure foods are high in these living energies. Purity and diversity are also important. Many store-bought vegetables and fruits are harvested unripened, to survive the transport time to distant warehouses, often on other continents. These foods are less nutritious than local and regionally grown produce because of growing methods and loss of vitality over time. Picked ripe from our back yard or purchased from local farmers is ideal.

Herbs are classified in a different category because the majority of them are not from annual plant origins; most are derived from perennial plants, which continue to grow year after year. All bushes and trees are perennials. Many herbs are derived from small bushy perennials, due to the concentration of their nutrients. Some herbs collected from large trees, including eucalyptus and magnolia, can also be very potent when used properly, but herbs from perennial bushes are generally more powerful.

A perennial plant has different phyto-chemistry than a vegetable or fruit, often more complex. Having lived through many seasons, its constituents are denser and bitter tasting. This is because the perennial plant must adapt to changes in climate ~ sometimes extreme ~ from cold and icy to hot, windy, rainy, and through dry spells. Plants we call herbs must withstand all these conditions to survive, whereas our vegetable cultivars could not endure such extremes. We have made it easy for cultivars to grow until harvesting time. By cultivating food plants to taste sweet and remain soft and succulent, humans have taken away their adaptability, until most of our crops cannot withstand living in wild conditions. We shuffled their genes, starting a long time ago, and in the process, made their survival dependent on our maintenance.

Most herbs remain genetically closer to their wild state. For their natural defenses, they contain the same complex phyto-nutrients that we can consume to help increase our defensive powers, adaptability, anti-microbial, etc. Wild foods have developed self-defense properties and stronger reproductive potential. Varieties of weeds can grow in the most desolate locations, without any help but rainfall and sunlight. This is the endurance quality we look for in herbs; to withstand adversity and thrive in disturbed and depleted soils. Invasive and copious growth indicates a strong life-force.

As the plant lives through seasons, it develops internally protective chemicals that strengthen it. If boring insects penetrate bark, they are repelled by a bitter sap. If nematodes attempt to invade a plant’s risomes or roots, they will be fended off by anti-parasitic chemicals. For the plant to survive against higher odds, it must develop protective agents. Humans discovered long ago that taking these herbs can also help protect us in similar ways; the anti-fungal plant chemical helps us fight off fungal overload.

Many of the inherent chemicals are classified with more complex names—polyphenols, polysaccharides, mucopolysaccharides, also known as glucosaminoglycans, triterpenes, beta-glucans, and apigenin-7-apiosyglucoside, found in aloe vera.

Additionally, chemicals or combinations of plant constituents known to produce various effects on the body are nervines, adaptogens, sedatives, carminatives, purgatives, analgesics, anti-inflammatory and anti-microbial agents, dimulcents, laxatives, and the primary class of herbs we focus on in the Gate of Life lineage; tonic herbs.

Chinese herbology includes roots, bark, branches, and other perennial plant parts. Most of the herbs in the Chinese Pharmacopoeia are wild perennials; many can be highly invasive. This is due to their vibrant life force and strong reproductive abilities. These qualities are what the ancient Chinese looked for in plants that could benefit our health. Emphasis on perennial root herbs distinguishes the Chinese system from European herbology, which utilizes more leaves. Leaves treat the surface; roots go deeper. This is one of the reasons the Chinese herbal system is so beneficial. Ayurvedic and Amazonian medicine also utilizes many plant stems, bark and roots.

As an example of the difference between foods and herbs, we can evaluate the herb Ginseng, which is found in the same genetic family with carrots. A carrot grows under ground approximately three months; a ginseng root may live in the wilds for fifty years or more. After eight years of growth in the wild, a ginseng root becomes almost invincible to the elements. It develops “adaptogenic” properties, able to fend off bio-marauders, and can withstand climate extremes. In Asia, mature ginseng roots are highly valued, and can cost thousands of dollars.

While we can pull a fresh carrot out of the ground and eat it raw, this is not usually the case with herbs. Where the cellulose of the annual cultivar is still juicy and pliable, the wild herbal perennial plant must develop a tougher skin to survive in its environment. After the first year of growth, the soft green shoot must “harden” its stems to survive, wet, dry, freezing and windy conditions. Its cellular structures form lignin proteins, hardening into wood. The internal plant fluids become encased in the cellulose of these woody structures. As the plant hardens over the years, its fluids are further protected from incursion by boring insects, and becomes more difficult for human or animal consumption to ingest and assimilate.

Perhaps long ago, in the hunter-gatherer period, we may have been able to digest wood and rocks, but our digestive systems have become softened by the cooking and preparation of our foods. Lignin cellulose is impenetrable by our gastric fluids; it’s hard to chew up a piece of wood. The phyto-chemicals we seek must be released and rendered bio-available to us.

Ancient indigenous people on many continents discovered that boiling herbs in water would soften the woody structures, releasing nutrients into the liquid. This process is called “hydrolysis;” rendering into liquid. The ancient Chinese realized this is the same process that occurs in our stomachs; we break down ingested food into a liquid and derive the nutrients while this “chyme” passes through the duodenum and small intestine. By heating a liquid with the herbs immersed, they are pre-hydrolized, sparing our stomachs the effort to digest, allowing easy absorption of the nutrients while in the digestive tract. This was a significant discovery ~ the unlocked nutrients formed a “chai” or “tea,” and consumption of herbal elixirs was born.

Herbs are not foods

Many times I am asked why these herbs can’t be eaten raw, and whether the cooking of herbs diminishes their nutrition. Thousands of years of effective use, in addition to modern research, shows the effective properties are released into the fluid without being destroyed by heat. When we boil an herb, it does lose some enzymatic potency. Enzymes are in our foods, fresh, raw or gently cooked, for the basic dietary nutrients we need. Herbs provide deeper, more complex agents. These phyto-chemicals withstand environmental extremes, including the heat and pressure of cooking, and are rendered bio-available in this way. These are called “Extremophilic” phyto-chemicals, and also allow living materials to survive interplanetary transport, eventually seeding other planets.

Quality of food and water is very important and the use of herbs can greatly enhance our health and well-being. Herbs give us protective and adaptive agents that support regulatory functions in our bodies and strengthen forces that are embedded in our genetic potential. There is an energetic and genetic transferal through generations. All the actions, interactions, lifestyles and experiences of our ancestors, are encoded in us energetically and genetically. They have shaped our cosmological profile and propensities, and to some degree, the health and adaptability we experience. Our genetic inheritance can go back to our species’ origins.

In our current world, pollution, poor quality food, lack of creativity and inspiration, stress, low self-esteem, etc., are depriving us of the vitality our ancestors may have enjoyed. The Taoist masters believe we can revitalize our lives, possibly reclaiming “health beyond danger.” The Gate of Life lineage promotes attainment and maintenance of excellent health through pure food, pure air, pure water, pure thoughts, loving intentions, and Tonic herbs. 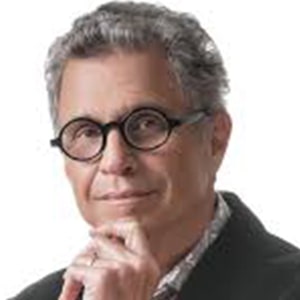 By his mid-20s Alberto Villoldo was the youngest clinical professor at San Francisco State University. He was directing the Biological Self-Regulation Laboratory, investigating how energy medicine could change the chemistry of the brain. One day in his laboratory, Alberto realized that his research had to get bigger instead of smaller, that he was looking out of the wrong end of the microscope. He needed to find a system larger than the neural networks of the brain. Many others were already studying the hardware – Alberto wanted to learn to program the mind to create psychosomatic health

Food as Medicine: The Healing Power of Common and Rare Vegetables and Wild Plants