Herbs work on subtle vibrational, emotional, and spiritual levels with perhaps even more profound results than those we can measure in the bodily realm. Here we highlight five herbs that will aid you on how to open your third eye.

When working with herbs to connect with spirit, or for spiritual purposes, it is recommended to use smaller doses and to carefully set intentions. Plants are our teachers; listen closely to their gifts of universal and spiritual illumination. As always, please make sure you source your herbs from reputable, sustainable businesses using organic and/or biodynamic cultivation practices. Reishi mushroom (Ganoderma lucidum) is powerful in many ways, and has been revered in Traditional Chinese Medicine for millennia. Reishi has long been considered a ‘Shen tonic,’ or an herb that opens the heart and nourishes the spirit. The Chinese name for Reishi–Lingzhi–translates roughly to mean “mushroom of spiritual immortality” or “numinous botanical.” Reishi has even been described by thousand year old Chinese texts as providing “an intermediate dimension between mundane and transcendent reality.”

Physically, Reishi is a strengthening cardiovascular remedy that also has, among myriad other benefits, immunomodulating properties and a calming, restorative effect on the nervous system. But it’s the near indescribable sense of otherworldly tranquility that Reishi imparts on the mind and spirit that makes it so deeply profound. Reishi and mushrooms in general help to remind us how truly interconnected we are with the universe, elucidating our consciousness with their web-like mycelial wisdom. Try Reishi as a tincture, a decoction (long boiled tea) or as a powder. Gotu Kola (Centella asiatica), also sometimes referred to as ‘Brahmi’ in northern Indian culture, is considered a Sattvic herb in the Ayurvedic healing tradition, meaning it promotes subtle awareness and spiritual enhancement. Gotu Kola, like Reishi, is considered a ‘Shen tonic’ in Traditional Chinese Medicine as well. Its common name, Brahmi, translates loosely to “god-like,” and it is considered to be an herb that uplifts the psyche and increases intuition. Gotu Kola has been proven to raise oxygen uptake levels in the brain and encourage trans-hemispheric synchronization, which shifts the brainwave state into the alpha, gamma and theta spectrum. This spectrum is associated with consciousness expansion and has been studied in long-term meditators.

Gotu Kola is very reparative to nerves and tissues, taking it over a period of time can rejuvenate nerve pathways in the body and brain, and work to dilate the pineal gland. This time-tested herb can help us to achieve deep states of meditation and sharpen our intuitive awareness. Gotu Kola makes a lovely elixir or tea, and can be eaten or juiced, too.

Lavender for Aligning Your Third Eye 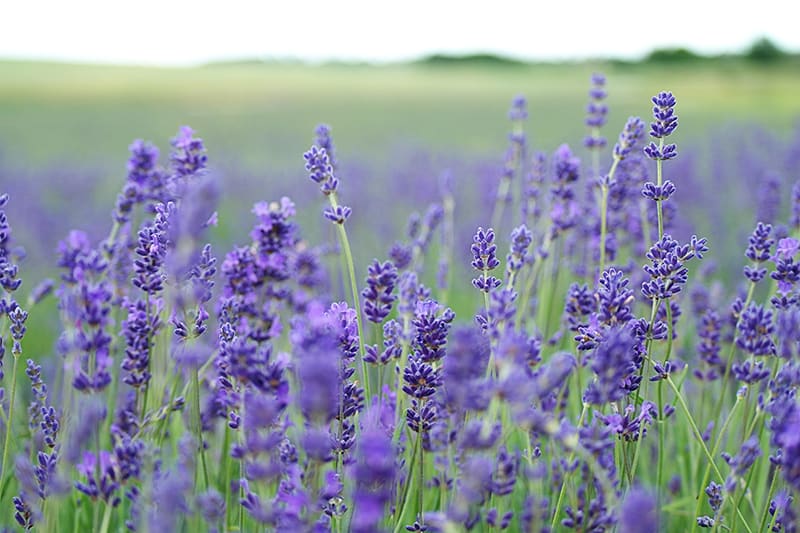 Lavender (Lavandula angustifolia) is a popular and well-loved herb in our Western world. Its floral scent and soothing qualities are familiar to nearly everyone, regardless of their awareness of herbal medicines. Lavender is often used as a meditation aid as it quiets the chatter of the mind and, therefore, the ego. It is said that Lavender resonates with the sixth chakra, Ajna, located in the “third eye” area of the forehead, between the eyebrows. The Ajna chakra is considered the center of foresight, intuition, contemplation, and enlightenment, and is associated with the eyes, brain, pineal gland, and nervous system.

As a relaxant nervine, Lavender has proven calming and rejuvenating effects on the nervous system. Its specific indication is for those who seem to always be in a stressed state, with a constantly wrinkled forehead. Ancient knowledge considers Lavender to promote deeper spiritual understanding, psychic insight, and intuitive visions. In addition, Lavender will help to cast away any doubts about embracing our spiritual power. A versatile herb, Lavender can be consumed as a tea, taken as a tincture, smudged, added to the bath, or made into a dream sachet for under the pillow. Ginkgo tree (Ginkgo biloba) is perhaps one of the most ancient remedies known to humankind, with fossils dating back about 200 million years. Records of its use in Traditional Chinese Medicine date back 5,000 years – members of the royal court used it to ward off senility. High in antioxidant compounds and terpenes, Ginkgo helps to increase circulation and blood flow to the brain and extremities. As one of the most studied botanicals in the world, it’s been shown to prevent and aid the symptoms of Alzheimer’s and Dementia. In a similar vein, we can work with Ginkgo to gain access to long forgotten, ancient wisdom. Ginkgo trees were considered sacred elders in ancient China, according to medical scholar Li Shizhen, Taoists carved their spells and symbols on old ginkgo wood to gain access to the spirit world. Ginkgo is thought to assist in utilizing all parts of the brain – all parts of the tree can be used – and is an indispensible herb for honing mental acuity. Ginkgo trees are a universal symbol of longevity and the cyclical renewal of nature. A Ginkgo tree was the first of any life to regrow after the Hiroshima bombing, just 800 meters away from the center of the devastating nuclear explosion. Ginkgo leaves can be taken as a tincture or brewed in a tea. Blue Lotus (Nymphaea caerulea) is actually not a lotus flower at all, but rather, a blue water lily. Sacred to the ancient Egyptians, and revered in cultures across the globe as a holy symbol, Blue Lotus was traditionally prized for its beautiful perfume and the dreamy trance state it would induce when inhaled. Blue Lotus can be seen in a huge amount of ancient Egyptian art, usually depicting persons inhaling the flower. As a sedative herb with antispasmodic and anticonvulsant properties, the effects of Blue Lotus are euphoric, and gently calm the nervous system and relax the whole body, allowing one to experience joy and light that are expressed through ethereal awareness. The physical effects are subtle but intensely spiritual. It is thought that Blue Lotus may enhance pineal gland function and provoke longer states of deep meditation. In meditative practice, Blue Lotus is said to allow one to see behind the mind’s eye by activating the 3rd eye. Blue Lotus is also known to motivate lucid dreaming. Blue Lotus can be enjoyed as a smoke, or steeped and consumed as tea. An ancient, ceremonial preparation involves steeping the flowers in wine to make a kind of tincture.

CBD and the Pineal Gland 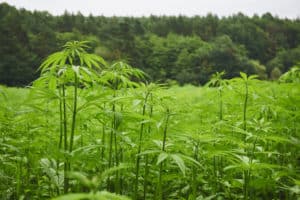 Additionally, hemp (cannabis) can be used as a third eye activator.

CBD can be incorporated into daily life in a variety of ways. It also comes in many different forms. CBD oil tinctures can be taken under the tongue for the fastest absorption. There are also many different CBD-infused products such as honey and olive oil for cooking.

To learn more about cannabis, mushrooms, and herbal remedies, check out our courses 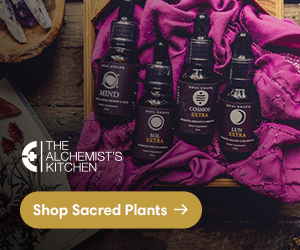