Quartz is the most abundant mineral found across all continents in the world. It is
utilized commonly in technology such as watches, radios, computer chip-sets, and
music amplifiers. Quartz is the primary component of Sandstone which is used
worldwide in landscaping and building construction. It can be found worldwide with
notable mines in Minas Gerais; Brazil, and Arkansas; USA. Clear Quartz is the master
stone that is used to unlock the frequencies of all other crystals. Key metaphysical
attributes of Quartz stones include heightened spiritual awareness, moving stagnant
energy, empowering other crystals, enhancement of meditation, generating prosperity,
sending loving vibrations, and energy grid harmonizing.

Clear Quartz vibrates to clear white light energy which resonates with all chakras
and can help to remove stasis along any of the energy meridians. Clear Quartz may
come in various configuration shapes which will alter the energy field. Although
Quartz is an abundant mineral, it is amongst the highest vibration stones available and
should not be overlooked by any serious crystal collector.

Quartz is a silicon dioxide crystal with a hardness of 7 and a hexagonal crystal
system. It is a fairly durable mineral and is capable of scratching softer stones such as
Selenite and Calcite. Quartz varieties exist based on trace minerals that grow alongside it. For example, Smoky Quartz, Citrine, Amethyst, or Rose Quartz are all varieties of Quartz that contain ingrown trace minerals that change the color from clear to brown, pink, purple, etc. Many of the Quartz configuration shapes can be found as an
Amethyst, Citrine, or Smokey Quartz piece as well. Generally, clear Quartz will grow with
an apex termination with 6 sides. Quartz can be found as points, wands, clusters,
man-made shapes, slabs, and rock crystals. Most vendors will price Quartz
specimens according to their configuration, rarity, mine origin, and size.

Quartz is often used as a base for metaphysical wands. Oftentimes, makers will
adorn a large Quartz wand with smaller chakra-related stones to create a 7 Chakra
wand. Quartz wands can be used to direct subtle energy to a specific body part, person,
or energy grid. Quartz wands are typically featured in energy healer’s medicine kit.
Quartz clusters function as a small community of crystals growing together.
Clusters can be viewed as having multiple crystal personalities due to the multiple
crystals attached. The energy of a crystal cluster will vary depending on how many
crystals are growing. Some clusters come attached with a growth matrix which can be
put in water and sunlight to help spur new crystal growth.

Generator Quartz can be naturally formed, or man-made. Both natural and
man-made specimens function to help the user manifest change within their life.
Generator Quartz and pyramid Quartz function best as a centerpiece for crystal grids.
Smaller pocket-sized Quartz is typically used to adorn the outline of a crystal grid. As
Quartz is synergistic with all stones, it makes for the perfect complement to any Chakra
color grid.

Clear Quartz is associated with the Storm element of change. It resonates with
the Crown chakra above the head and all chakras found throughout the body. Clear
Quartz can be placed on any chakra to remove stagnation. To facilitate flowing energy it
is advised to move a Quartz crystal clockwise in a spiral above the associated chakra.
The clockwise movement can be seen as an energetic tuning exercise that affects the
subtle body.

The best way to receive Quartz’s energy is to carry it daily and meditate
with it. Quartz typically gives a boost of physical energy to the user, so it is advisable for
athletes to carry a pocket Quartz for increased stamina. In carrying Quartz the user may
experience increased Synchronicity, increased mental inspiration, and a general sense
of good luck. Clear Quartz is synergistic with all stones and can be introduced into any crystal pairing.

It is possible to become ungrounded if working with only Clear Quartz, however. To combat ungrounded-ness, it is advised to combine Clear Quartz with Smoky Quartz,
Black Tourmaline, Axinite, or Shungite. The black-colored stones function to ground and
calm higher chakra energy so it may be integrated properly into the body. Symptoms of
displacement include excessive daydreaming, avoidance of material responsibilities, and a disconnect with bodily needs. While it is important to learn to see beyond the world of materiality; it is equally important to learn to properly interface with our bodies and lives here on Earth as well.

With a Record Keeper Quartz, it is possible to journey to the past life of the crystal. Oftentimes these crystals will have memories of ancient Atlantis, Lemuria, and Mesopotamia. If the user is open to channel; they will be able to experience transdimensional information. To begin the meditation, use your fingers to physically swipe the triangle records on the apex of the Quartz. Then either lay down with your stone or sit in lotus position with the stone in hand.

Allow the coolness of the Quartz to enter your energy body and enter a state of deep breathing. If done correctly, you may begin to receive impressions from the stone. Some meditations may yield personal life-changing information, other mediation sessions may yield irrelevant information that the stone chooses to bestow upon you. It is encouraged to practice meditation without a sense of outcome dependence for the best results.

With Quartz in hand, hold the crystal to your third eye and focus on
who/what you want to send your intention toward. Some examples include: sending loving vibrations to a special person, sending vibrations of career growth to the universe, and practicing psychic telepathy by sending impressions to a specific person.

Once your vision and intention are set, remove the crystal from your brow and visualize that your energy is moving from the apex of the crystal to your desired destination. This exercise may feel silly for novice practitioners, but with practice, the intention will
increase and the effects can be felt regardless of distance. This exercise is best done with a Quartz you are personally connected to or a wand shape specimen. This ritual is half intention setting and half psychic development.

How to Choose Your Quartz

If you’re new to collecting crystals, then I recommend buying clear Quartz early on to help you attune to other stones that may be helpful to you. It is advised to go
crystal shopping with an air of patience. Give yourself time to acknowledge and examine the crystal specimens at your own pace for the best results.

Quartz is a wonderful ally for people who feel they are stuck in life. As you continue to collect crystals you may find yourself buying more varieties of Quartz simply
because of the different configurations, or vibrations. If you’re on the hunt for other crystals it is advised to bring your personal Quartz with you while you are making a
selection. I also recommend developing the vision for seeing Records within a Quartz.

Oftentimes pocket Quartz crystals that are sold for a low price may contain Records without being formally labeled as a “Record Keeper”. A small pocket Quartz will have enough energy for personal use. A large Quartz specimen is best for enticing the imagination for visualization exercises.

Where to Buy Quartz

Clear Quartz is a commonly found stone across many metaphysical stores, geology stores, and trade shows. Some of the best prices for clear Quartz may be found
at seasonal Rock-Shows where miners will exhibit their specimens for wholesale prices.

How to cleanse Quartz?

Quartz can be cleansed with water, sunlight/moonlight, crystal grids, or by burying the specimen in soil. Additional cleansing can be achieved by smudging with White Sage and Palo Santo to refresh the crystal’s vibration. Quartz makes for a wonderful plant ally and can be safely placed within the soil of houseplants to facilitate healthy plant growth. 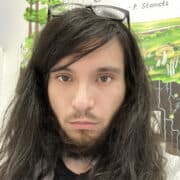