First things first: you’re an awesome parent. You may be tired, stressed, even overwhelmed at the whole caring for another human being thing, which is generally a good indicator that you’re doing it exactly right — giving it your all and loving with every inch of your being to the point of exhaustion and several days in the same pair of sweatpants. Yet, here you are, on the search for the benefits of CBD oil, as you’re feeling like you need something to help balance you out, take the edge off after a long day, bring some calm and stress reduction into your life.

Can CBD oil help with stress? Can it bring true relaxation? Can it make you a “better” parent? As a single parent of a precocious almost-five-year-old, I had these questions myself, so I caught up with a few leading CBD experts to get their opinions.

The biggest question on my mind about CBD oil, the cannabidiol of the hemp plant, was whether or not it works as well as a glass of wine after my daughter (finally!) goes to bed.

“Cannabis can be an excellent substitution for that glass of wine in the evening but can go even further because you can tailor the product to the experience you want,” says Kim Casey of Native Roots Dispensary in Colorado.

“The CBD-only product can help reduce the stress without that and could be taken before the kids go to bed. While the addition of a small amount of THC will be a more consistent substitution for the wine with a little bit of a ‘high’ depending on the amounts, the strain and the ratio, providing an even more relaxing effect.” Photo by Caroline Hernandez on Unsplash

Ozzie Ozkay-Villa, founder of the the digital wellness publication Oov Lifestyle agrees. “Parents can absolutely use CBD as a replacement for their evening glass of wine. It’s been reported that cannabis reduces anxiety and stress levels, depending on the chemical components of the particular product or strain.”

With two small kids herself, Ozkay-Villa says CBD is a game-changer. “I don’t know where I would be without the helping hand of cannabis. There are certain products I use during the day that give me energy and a creative perspective, all without a high,” she says. “When it comes to parenting, I feel grounded and more present with my children. As much as I try, I have never been really great at getting on the floor and engaging in actual play with my kids, my mind is always racing.  With the help of CBD or cannabis, I’m able to really get to their level and engage in a much more meaningful way.”

CBD oil’s benefits appear to lie in its ability to suppress stress hormones — and its effects are nothing like smoking marijuana, or even having another glass of wine after a particularly tough day.

Laura Geftman, a licensed certified social worker in addiction treatment for more than a decade and founder of the blog Welcoming Weed, says CBD’s benefits can be found in its ability to help the brain’s serotonin receptors decrease the release or activation of cortisol, which is the stress hormone that a defiant toddler or moody teenager can certainly elicit.

“Therefore you don’t hold onto stress or create more,” she says. “CBD helps the body release stress.” For parents, that’s about the best news possible.

And Geftman says recent studies point to parents as the most common group of CBD users, with many of them choosing it over alcohol and throughout the day to manage their moods.

CBD may be even more beneficial to parents using alcohol as a wind-down because it’s less toxic to the body than alcohol and doesn’t have the addictive potential, according to Robert Graham, owner of the website Sticky Monkey. Graham says CBD is a safer way to relax than alcohol because the resulting effects are “minimal.”

“For example, alcohol use has shown to be the cause of liver damage, nerve damage, high blood pressure, insomnia, depression, possible carcinogenesis, and many others,” he says. “While drinking to wind down, it is important to note the psychological effects of drinking on not just the parent, but also the children. Exposing children to the visual of chronic drinking to relax could potentially promote alcohol abuse in their future.”

Graham says the lack of dangerous side effects in CBD oil could actually make it safer and more beneficial to parents and children.

“In today’s busy lifestyle stress, depression, and anxiety have become more common and it is becoming more critical to manage these symptoms to prevent a much worse fate in fear of not being able to cope,” says Graham. Photo by Sharon McCutcheon on Unsplash

A recent study found stress levels may be to blame for the rising exercise and concurrent rising obesity rates in the U.S. Concerns over politics and headlines on issues like migrant families being separated and detained at the border, can be particularly troubling to parents.

Ron Roberts, managing partner of the CBD review site CBDtop10.com says  there have been brain-mapping studies that have shown that CBD calmed the amygdala and cingulate cortex, areas of the brain known to affect stress, anxiety, and fear. “Although users report varying levels of success in addressing pain and illness, the calming, stress relieving effect of CBD is a nearly universal result reported by CBD users,” says Roberts. “As the CBD interacts with the endocannabinoid system, most users experience a noticeable calming effect and an ability to maintain an even keel in stressful situations.”

But can all of this stress-reducing make overworked and overtired parents “better” at this whole parenting thing? Amanda Winn Lee, founder of A Mom’s Guide To Cannabis, says the benefits of CBD oil may go beyond simply taking the edge off a rough day.

“First, it can behave like an SSRI (Prozac, Zoloft, etc) in that it boosts the signals through serotonin receptors in the brain, which is very helpful for depression and anxiety,” she says. “It’s also been shown to promote neurogenesis in the hippocampus- (sufferers of depression and anxiety usually have smaller hippocampi, so anti-anxiety/ anti depressants are based on how successful they are at creating new neurons.) It also helps chill out the amygdala- the amygdala controls responses associated with fear/ arousal/ emotional processing. Less amygdala action means a calmer person.” (Note: It is not recommended to stop taking any prescribed medications for depression while taking CBD. And if you are taking any prescription medications you should consult with your primary care physician before taking CBD or any herbal supplement.)

While baseline anxiety levels don’t appear to be altered in clinical trials, according to Winn Lee, she says she knows some moms who swear by it nonetheless. The placebo effect is somewhere between 30 and 50 percent in patients taking medications for depression or anxiety anyway, reports LiveScience.

“If a parent wants to use CBD as nightcap, my advice would be, instead, to look at some of the high CBD, low THC strains of cannabis, like ACDC or Harlequin,” says Winn Lee. “CBD tempers the effects of THC, so if your strain in high in CBD it won’t get you as spacey. Straight CBD might take a little of the edge off, but for truly chilling out, you need a little THC. (CBD and THC have an entourage effect on each other- THC helps enhance some of the CBD properties.)”

As a mom, Winn Lee uses a blend that’s low in THC and high in CBD may just be the response parents on the edge are looking for: “It helps me relax, catch my breath, and remain sentient so I can smile and and pretend to care when my son rattles off all the ‘pertinent’ facts about his latest video game obsession.” 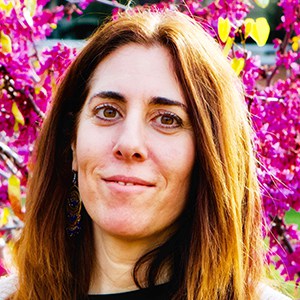 Hi, my name is Jill. I’m a journalist and editor focused on the global food system and how it intersects with our cultural traditions, diet preferences, health, and politics. After studying journalism at the University of Pittsburgh, I spent more than a decade immersed in the food industry. My interest in organic, natural, and vegan food led me to a career in sales and marketing, working with some of the biggest organic and natural brands including: Clif Bar, Yogi Tea, Tofurky, Sambazon, and David Wolfe’s Sunfood Nutrition.

The New Way to Manage Your Chronic Pain with CBD

What Everyone Should Know About CBD Softgels