The feminine goddess culture and herbal medicine go hand in hand across cultures and ancestral traditions. The goddess culture of the Norse people places great importance on the relationship goddess had with healing.

You might be wondering, what goddesses did the Norse people have, other than Freya and Frigg? Whether it be through the Marvel interpretations of characters like Thor and Loki, or reconstructed myth cultures such as American Gods by Neil Gaiman, it goes without question that the masculine gods of the Norse pantheon tend to take the forefront. We tend to assume this means old Scandinavian culture was a masculine culture, which couldn’t be further from the truth.

In the last decade, religious historians such as Maria Kvilhaug, and Norse folk roots reconstructionists such as Kari Tauring, have been a part of an effort to re-educate the public on the truths of Norse mythology. One of the biggest gaps in knowledge revolves around the goddess culture of the ancestral Scandinavians. It was vibrant and multifaceted – goddess and women were healers, decision makers, and held immense power.

The Norse pantheon included at least nine healing goddesses. Each goddess had a particular job, whether it be related to blood, breath, or wealth. The Norse people believed illnesses were multifaceted, and could be situational or traced back through a person’s lineage.

Eir, whose name translates to “mercy” or “help,” was the deliverer of medicine and doctor to the gods. She is attested in the Poetic Edda by Snorri Sturlison and in skaldic poetry and runic inscriptions. She resides in Lyfjaberg, the Mountain of Medicine, which is also the heart of herbalist knowledge for the gods. Eir is the goddess called upon for herbal and medicinal knowledge. She is also the Valkyrie of mercy, flying over the battlefield to dispense medicines or death to fallen warriors.

There is a lot to be learned from the ancestral practices of cultural groups, and the Norse are no exception. It is not possible to know in perfect detail exactly the extent of the herbalist culture in Scandinavia from the Bronze Age through the Viking Era. However, below are a list of trees that we know, through a mix of historical evidence, would have been used by these peoples.

There are so many reasons to begin an exploration of Norse herbalism with the birch tree. The Norse people had a letter of their Elder Futhark runes dedicated to the birch tree – “beorc”. The birch is a tree of regeneration, and those familiar will remember that birch trees love to grow after fire has otherwise burned the surrounding brush down.

The nordic people used the sap, bark, oils and branches of the birch tree. If you go to a traditional sauna, you may notice bundles of sticks used to beat the body; these would be birch branches, whose leaves create almost a soaplike residue.

Additionally, the people of Scandinavia knew that the mushroom that grows on birch trees can be safe and medicinal to eat. Thus, chaga was also very likely important medicinally to the old Norse.

(I do not recommend foraging or harvesting mushrooms without a clear understanding of mycology.)

Pine was also a very important tree to the herbalist culture of the Norse. The Swedes have been documented in harvesting the roots of the pine trees to bring them to a special burning site, so that the tar could be collected from the tree. This tar was used for coating and protecting tools like skis and boats, but additionally it could be added to sauna steam to help cleanse the body and spirit.

My own personal experience with the healing properties of pine tar is in the sauna. I had the great pleasure of experiencing the sauna in May with my teacher. She dropped three small droplets of pine tar onto the rocks, which billowed out an aroma that drove deep into my body. There was a definite sense of clearing and accelerated release.

For those of European descent looking for more culturally appropriate ways to cleanse their houses, juniper is a good choice. Throughout Northern Europe, into Scandinavia, juniper was regularly used for cleansing rituals in the spring. Although it doesn’t produce much smoke, it is a highly aromatic wood to burn.

Those who drink gin already know the “medicinal” properties of juniper. Juniper was used for clarifying beer in some of the earliest brews of the Scandinavian people. It is speculated that the Scottish to the Norsemen included juniper in their drinks in part to create a tonic for indigestion.

Lesser known uses for juniper may have been to induce miscarriage and abortion in early unwanted pregnancies or help ease an active labor. Chemicals in the berries can create contractions in the uterus. We have no evidence that Norse people took part in these practices, but considering their belief in women’s autonomy, it is possible to speculate how they may have exercised it.

The Norse believed themselves to be “of the trees,” in their oldest creation myths, and trees play a large roll in the healing culture of these ancient people. Other trees of note are the rowan, which saved Thor from drowning, the elder tree which is still used to this day for cough medicines and tonics, the wild apple tree, and the yew tree.

I will be exploring more herbalist practices of the Norse people in upcoming blogs. In the meantime, don’t forget Eir when you are plunging into your herbal practice! 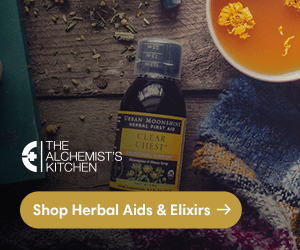 Minta Ann Carlson is an energy worker, licensed massage therapist, staff carrying woman, and polarity therapist from Portland, ME. Minta has been studying with Kari Tauring, founder of Völva Stav, a nordic tradition based on ancestral study for the past couple of years. They lead lunar and solar workshops and rituals in the Greater Portland Area under their önd + skyrr series, with a focus on practical magic and demystifying esoteric practice. Minta is available for private booking and rune reading upon request. Check out www.needfirewellness.com for more info. 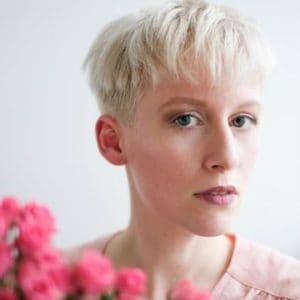 Does CBD Show Up on a Drug Test at Work?