Up until the tender age of thirty-one, the Tarot played a rather enigmatic role in my life. The Tarot was all at once mystical, foolish and beguiling. As a child, I would often see my Plutonian sister searching for life’s answers in her colorful Tarot deck. In typical younger sister fashion, I rejected the Tarot, and concluded that that card game was not for me.

As a young adult, The Tarot would continue to follow me around, like a lingering scent that is equal parts fragrant and unpleasant. My then boyfriend, who would become the impetus for my deep spiritual awakening, had a Rider-Waite deck in his sock drawer. “You have tarot cards?” I’d ask with a shy grin on my face. “Yes, I use…” and just like the wind, his words would float away into the ethers.

A year into my thirties, The Tarot reappeared with great strength and wisdom. At that time, I was working my way through a painful breakup and re-discovering who I was before the waves of co-dependency swept me under its powerful undertow. I was in desperate need of deep healing, and one of the healers who crossed my path was Lindsay Mack, the creator of Soul Tarot. Soul Tarot is a reinterpretation of the Tarot; it is not meant to be predictive, but rather, it is “…a healing tool, one that can assist us in differentiating the noise of our brain from the truth of our soul.”

After being introduced to Lindsay’s podcast, Tarot for the Wild Soul, and listening to it on repeat, I enrolled in her online school and became an avid student. As a Soul Tarot student, I was asked to drop inwards and connect to the deep knowing that lives inside of me. The act of leaning in, provided me with a profound sense of both liberation and unity. For the first time in years, I felt a divine connection to myself. When I pulled cards, I was connecting to my soul’s truth at that very moment. Each Tarot archetype would gift me with healing medicine that allowed me to see the magic and beauty of the moment.

In so many ways, the journey of the Tarot mirrors the cycles that us emotional beings go through. I finally accepted the Tarot during The Tower of my life; the moment when all the structures I had built came crashing down. As I moved through the wreckage, I met my inner High Priestess, who insisted that I keep going deeper and deeper and deeper. The Devil would appear, as I was accelerating towards change. The Devil would tempt me to stay behind, “You’re not ready! Let’s stay here!” they would say. The Magician helped prove those fearful voices wrong, and guided me towards the path of manifestation.

These days I find myself oscillating between the Eight of Pentacles and The Hermit. I’m working on my craft(s) and letting my own inner light guide the way, however dim that light can sometimes be. As 2020 approaches, the collective will be working with The Emperor archetype. I’ve certainly felt those big Emperor energies beginning to reveal themselves…

How can the collective work with The Emperor archetype in 2020? Well let’s first unpack this magnificent Major Arcana card. Historically, The Emperor card is associated with the stereotypical and menacing masculine; rigid structures, control, pursuit of power, influence and organization. However, as the collective consciousness is evolving and beginning to question their relationship to all incarnations of authority, the meaning of what it means to be masculine is expanding. Thus, The Emperor is having a new moment.

When the Emperor is in full alignment with their soul, they are akin to the divine masculine and in command of their own power. Rather than using others as a tool to gain superiority, The Emperor uses his own life force to shine and take up glorious space. The Emperor encourages everyone to do the same, knowing that all have a beautiful place under the sun. Additionally, The Emperor is not consumed with what they are receiving. They are generous in nature, but also, careful not to overextend themselves in a way that robs them of their own vitality.

If you’ve spent the past year giving your power away and/or overextending yourself, ask yourself how you can begin to own your divine space. Do you need to implement healthy boundaries that empower you? Are you in a position to say “no” to obligations, and create a life that feels free? Asserting yourself is quite challenging, so be patient and gentle with yourself during the process of becoming.

If you’ve spent the past year abusing and/or defending your position and influence, give yourself permission to radically accept those shadowy parts of yourself. When you have made peace with the fragmented parts of you, ask yourself how you can begin to give more. The act of giving shouldn’t be confused with the material. Giving from the soul level, simply means holding space for someone else and elevating them. Deeply listening to someone without offering advice, an uplifting compliment when someone’s energy is low, expressing gratitude…

Chances are, you exist somewhere between both polarities. In some settings, wielding too much control and in other settings, accepting what no longer serves your souls development. As 2020 unfolds, and the collective works with The Emperor energy, we are all being called to become self-actualized and build strong withstanding structures that enable us to become more self-governing and abundant. Spiritually, mentally, and physically abundant. Do you want to build a business? Do you want to begin a family? Perhaps, you want to Marie Kondo your life and make way for vast adventure.

When working with The Emperor archetype, I like to imagine that I am a tree. As I nourish my roots, tend to my fertilizer, and balance the eco-system around me, I grow stronger. I stand in my glory without apologies, making sure my growth does not impede on all the life that surround me. When I do feel constrained and crunchy and vacillate wildly from over-bearing to completely detached, I know that on the other side of my contraction, there are seventy-eight cards that can support me and bring me to the truth of the moment. 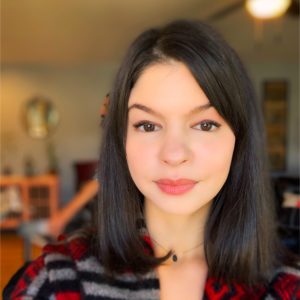 Roshina Jimenez a spiritual creative who presently works as an event producer for The Alchemist’s Kitchen. As a double Libra (sun and rising) with a strong Pisces moon, Roshina is deeply committed to her spiritual practice and expresses this passion through various art forms. Most recently, she was the assistant editor for the web series, ‘Wild Woman Healers.’ These days, Roshina is developing a line of candles that depict the archetypes of The Tarot. The mission of her family brand, Sisters of Eastwick, is to create a space where people can return home to themselves and create a life that is both wild and intentional. Follow the journey @sisters_of_eastwick

WTF is Wellness: Don't Buy Your Wellness, Become It

Carnelian: The Crystal of Confidence and Love