Korean red ginseng has been globally recognized as one of the most superior herbal medicines since ancient times. This is the natural result of medicinal benefits that have been derived through the wide use of Korean ginseng by people all over the world for thousands of years.

The History of Korean Red Ginseng

As people started consuming raw or white ginseng for medicinal purposes they would have certain side-effects, so they steamed the ginseng causing it to extract more medicinal properties with fewer side-effects. The hot infusion would turn the ginseng into a red color hence differentiating the herb as red ginseng. During the Three Kingdoms era, the medicinal efficacies of ginseng became widely known and demand for red ginseng increased rapidly and spread throughout Asia.

Saponins (also called ginsenosides) are one of the most valuable phytochemicals in plants that are effective in promoting good health and are contained in large quantities in the ginseng (Panax) family. Specifically, Korean ginseng has the most abundant types of saponins and in terms of composition ratios. It contains various saponins, evenly distributed, incomparable to other species of Panax genus plants.

Rich in antioxidants and anti-inflammatory properties, red ginseng increases energy levels and improves brain function like memory and a person’s mood. Furthermore, it boosts immunity invigorating the body, strengthening the lung and spleen, and relieving tension on the heart.

The Difference Between American Ginseng and Korean Ginseng

In terms of medicinal efficacies, it is considered that Korean ginseng with more variety of ginsenosides has strong and diverse physiological activities. American ginseng is only effective in improving neurological, respiratory, and blood-related diseases.

Processing ginseng by steaming and drying is a manufacturing method that enables ginseng to be stored longer and increase its medicinal efficacies. Red ginseng is manufactured with six-year-old fresh ginseng harvested from September to November when ginseng’s active ingredients reach its peak. Fresh ginseng is washed and steamed for a period of time, and then either sun-dried or artificially dried to reduce the water content to 15 % or less under strict sanitary control.

Not only does red ginseng contain many valuable substances like proteins, amino acids, vitamins, and fatty acids, ginseng saponins (ginsenosides) have the highest medicinal value strengthening the body’s resistance to disease through effects on the immune system. The rich history and continuous research on Korean red ginseng have made it known as one of the most effective ancient herbal medicines in the world. 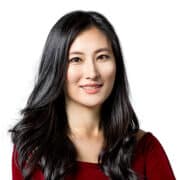 Grace is an herbalist, AADP certified health practitioner and founder of Qi Alchemy, an herbal company that specializes in sourcing high quality herbs and organic superfoods from South Korea. During her spare time she enjoys foraging edible plants and flowers near her family farm in Paju, Korea. You can learn more about her business at www.qialchemy.com

Mycologist Of The Month: Bre Jenkins