I’ve spent the last three years traveling around the U.S. photographing women who identify as witches.

At one point, I spent several summer days in Montpelier, Vermont making portraits of some witches local to the area. I especially looked forward to meeting Leonore, a sexuality practitioner addressing mythology, spirituality and witchcraft in her work, and who happens to be an avid deer hunter and archer. In person, Leonore was direct and matter of fact, conveying a fierce self-possession I quickly knew that I’d want to capture in her portrait. Soon after meeting, we set off into the woods toward a hidden cave Leonore knew about. She wore a black hooded cloak, and carried her bow.

I photographed Leonore sitting on a fallen log in a beam of late-afternoon sunlight sluicing through the cave’s entrance. The golden light was magical, but the scene felt staged somehow and we decided to keep moving. We made our way out of the forest and into a meadow as the sun set behind us. Tall grasses bordered a narrow walking path that carved its way up a gentle hill. Suddenly, Leonore stopped and turned towards the setting sun, opened her mouth, and let out a long, lilting cry. (Kulning, she later called it; a Scandinavian pastoral herding call traditionally used by women to beckon animals back from the mountains.) The next moment, I snapped my last frame of the day, which became Leonore’s portrait.

Celebrate your everyday witchcraft and check out our Season of the Witch collection! 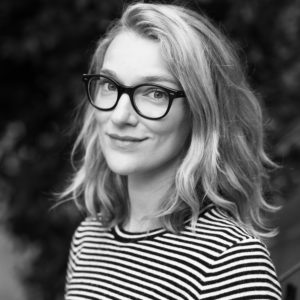 An Interview with Nadine Artemis of Living Libations