Osha root is also known as loveage, loveroot or bear medicine because bears, after chewing it for health reasons, are side-affected by its “lovage” properties and take to nuzzling each other. This perennial herb — Ligusticum porteri, known as osha or osha — is found in parts of the Rocky Mountains and northern Mexico.

What is Osha Root A member of the parsley family, Osha’s seeds and leaves were food to indigenous Americans. It also served as a symbol for different beliefs: some communities burned Osha as a sacrifice for protection against dangerous spirits and omens; others washed it in waterways near vegetation during rituals for producing rain.

Osha’s roots were often chewed to increase endurance – which has since been attributed its support of the respiratory system. Native American Indian parents even used to wrap Osha roots with leaves and strings and placed them near newly born babies to cleanse the air they breathed. Additionally, Osha root contains anti-viral, anti-bacterial, anti-fungal and anti-inflammatory properties and therefore supports health or healing for respiratory conditions (coughs, colds, tonsillitis, flu, and other types of viral infections). Its antiviral properties are well recognized today, and as an alternative medicine, it’s often prescribed at the first signals of the common cold or flu. Osha can also be taken when traveling to higher altitudes or for long-distance hiking to promote easy breathing.

Herbal supplements (capsules, syrups or tinctures, most commonly) are easily available from natural medicine sources, however Osha root itself is also accessible and preparing one’s own “prescription” is simple and affordable.

How to Use Osha Root in Tea

A decoction (essentially a long, slow simmer) will extract the medicinal properties of the root into a flavorful, dark tea, which can be sipped purely, or mixed into any variety of tea-lattes or broths.

To make a decoction, simply add a handful of dried root to several cups of water and bring to a boil. Reduce to a gentle simmer and allow to reduce for at least thirty minutes – though five to six hours is preferable as the longer the roots simmer, the stronger, and more beneficial the decoction.

When finished, the water will be a translucent, grey-brown tint, reflective of the root’s color, and rich in beneficial plant-properties. Osha tastes wonderful – similar to a peppery celery, or lightly like anise – and brewing a decoction all day does great things for a home-air’s aroma. Decoctions, which are simply very rich teas, can be evolved into “lattes” or broths, as desired! For example, to combine Osha’s “loveage” effects with calming Kava kava root, which is best absorbed along with a bit of healthy fat, consider an Osha-Kava Latte:

Blend all ingredients in a blender or with a hand-mixer.

Strain if preferred (using a tea strainer, cheesecloth or french-press).

Warm on the stovetop, though don’t boil.

Imbibe. Alone, or with a nuzzle-partner.

While immediately effective for many wellness-promoting purposes, Osha root’s said side effects (quite benign and even cause alone to consume it) are a result of it possibly containing oxytocin, a powerful hormone. “When we we hug or kiss a loved one, oxytocin levels drive up,” explains Psychology Today. “It also acts as a neurotransmitter in the brain. The hormone plays a huge role in pair bonding. This hormone is greatly stimulated during sex, birth, breast feeding—the list goes on.”

Osha root is an endangered herb on the United Plant Savers ‘at risk list.’ Be mindful of use and source. Find out more here

We would recommend Urban Moonshine’s Clear Chest Aid. If you have any questions regarding respiratory illnesses or herbal health, please message one of our Resident Herbalists. 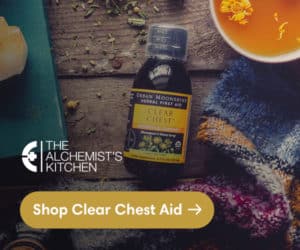 Rachelle Robinett is a New York based conscious living advocate, consultant, and founder of Supernatural Cafe. 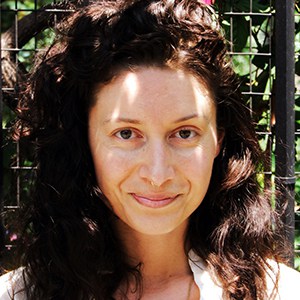 Rachelle Robinett is a New York based Herbalist & Holistic Health Practitioner, and the founder of Supernatural - a cafe, wellness company and line of herbal gummies (HRBLS).

5 Ways to Catch the Spirit of a Plant

The Many Gifts of The Much Maligned Dandelion