What do you picture when you think of the word “witch”? Perhaps you consider the media’s portrayal of a witch; point hat, stringy hair, a proclivity towards rhyming when casting spells. This image of a dark or mysterious woman with powers has existed for centuries now, dating back as far as human existence! There was a shift, though. Way back in the 90s, all those movies and books turned to the witch and no longer saw a monster or a loner, but instead witnessed the witch as a healer.

Media portrayals of the witch opened the minds of the everyday person toward the reality of those who practiced witchcraft. Suddenly, those black hats gave way to green gardens, crystals, and the ability to heal others through herbalism. People turned to the witches in their lives and were now aware that these people were not just playing with magic, they were herbalists! 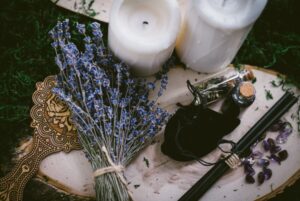 The Witch and The Herbalist

Today more than ever, people practice witchcraft. Some use it as a way to connect with their ancestors or nature, while others use it as a religion to help ground them. Regardless of their intentions, we now have a group of people who are honing their abilities to use herbs in a way to benefit themselves and others. What is that practice if not herbalism?

Many see the words “witch” and “herbalist” as interchangeable. Those who work with plants and offer health advice and medicinal products to aid people’s pain or anxiety can be either if you think about it! Or, perhaps the more pertinent reality is that the witch is, at her core, an herbalist.

A witch understands the garden, she keeps books and notes on different seasons, different seeds and fruits. She points out the poisons of the land and plants various florals and herbs that supposedly bring luck and prosperity. Witchcraft, then, implores a mixture of herbalism with whatever makes one’s craft more personal! In the end, a witch and an herbalist are not separated by their work but, instead, united by it.

The Practices of the Herbalist Witch

Before there were online herb databases and easy access to any book you may require for your craft, witches often only had their coven and their rare books and notes to go off of. Herbal witches would keep ingredient lists in their Book of Shadows, which was a tome used to keep their spells safe and secret from any who may wish them harm. These books held everything a witch knew about herbs, from their uses to their toxicity to even how to transform them into an herbal remedy.

Book of Shadows still exists as a prominent feature for many practitioners of the craft today. These notebooks are vital to one’s understanding of the work they’re doing for themself or for others! Beyond books, though, the witch relies on the nature around her to develop her spells and remedies. Many witches plant full herb gardens that they tend to year around. Basil, lavender, mint, rosemary, yew – all of these plants are grown with intention. Intention, in the end, is what separates the witches from the well-meaning copycat.

The ultimate end goal of the witch’s herbalism is to create change. A change of matter, a change of health, a change of being – all of these changes are done through a simple understanding of herbalism. Isn’t that, in itself, magic? This is why the witch as a herbalist makes such sense; because they are both after the same end goal of change. 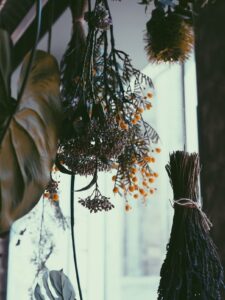 Herbalism as we know it has the capability to heal, sure, but were you aware of the way herbs can change your state of being? Witches understand this concept because it is what their craft truly is: creating something new by combining things that are familiar. Lavender and rosemary aren’t just a good combination for incense, but they can also help to settle your anxieties and bring calmness to your mind.

We here at The Alchemist’s Kitchen have our own herbalists working around the clock to develop amazing state-changing products that are sure to brighten your energy. If you want to hone your intuition, try our Spirit: Botanical Elixir, which promotes mental focus and sends away any of that pesky brain fog that could be plaguing you. To alter your mood and state of mind, try the Joy: Botanical Elixir. This elixir inspires joy and helps you keep a positive state of mind throughout the day!

If you want to begin your own practice with the craft, we have you covered there too! We offer a variety of tools, like these cool artisanal Mushroom Candles, that are sure to make your witchcraft and herbalist workspace pop! We also offer plenty of awesome books to help you find your niche in spell casting.

Open your mind’s eye to the possibilities of change and you will be one step closer to being the witch, the herbalist, and everything that occurs in between. 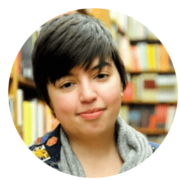 What Everyone Should Know About CBD Softgels