Cannabidiol and CBD oil seem to be everywhere these days, despite the confusing legal status of this prolific compound. But how much do we actually know about CBD?

CBD BECAME ILLEGAL BEFORE IT WAS DISCOVERED.

Cannabis was effectively outlawed by the federal government in 1937 with the passage and implementation of the Marihuana Tax Act. The Act explicitly stated that cannabis resin or any extract from the resin was considered to be “marihuana” (i.e. the Evil Weed). Cannabidiol (CBD) is found in the resin, nowhere else in the plant. (Tetrahydrocannabinol – THC, aka The High Causer – is also concentrated in the resin along with a slew of other therapeutic compounds.) In effect, CBD, a nonintoxicating cannabis component, was prohibited by federal law before anyone actually knew that CBD existed.

It wasn’t until 1940 that Roger Adams, a University of Illinois chemist, first identified and synthesized CBD. Two years later, he was awarded a patent for his unique method of isolating CBD. Adams observed that CBD had pain-killing properties and he contributed to the 1944 La Guardia Report on the Marihuana Problem, which debunked many of the scaremongering reefer madness claims promoted by the Federal Bureau of Narcotics. By the time Adams retired in 1957, he had published 27 studies on CBD and other plant cannabinoids. He was subsequently honored by the American Chemical Society, which established the prestigious Roger Adams Award in recognition of his life’s work. Israeli scientist Raphael Mechoulam picked up where Adams left off and elucidated the precise molecular structure of CBD in 1963. And he did the same for THC in 1964.

Want to learn more about the 5 CBD Secrets as well as other wonderful articles related to CBD, psychedelics, and science? Find the rest of these wonderful facts and more in the full article at Project CBD! 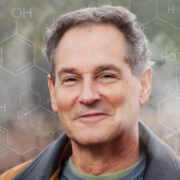 Herbal Preparedness: Hacks to Nurture Your Future Self

Psychedelic Renaissance: The History and Rebirth of Psilocybin Mushrooms