All the stories we hear about witches remain consistent. A woman, be she old or young, sits in a wooden cabin and concocts potions or creates spells to divine truth as she is instructed. And she is most likely, in all these tales, a woman with power ostracized for her abilities. In the climate of 2021, individuals who study these folktales and myths are beginning to break the mold of classic tales. Gender and power have painted our stories for millennia. How does the current perception of the witch and magical powers paint these stories now? And what do we see through the lens of masculine, intersex, and trans witches? Let’s find out together.

BIPOC individuals are revealing instances of their closed practices on social media. Santeria, Vodun, Haitian and Louisiana Voodoo, Hellenism– these are all religions that feature rituals many non-BIPOC would assume to be witchcraft. Some foolish souls even attempt to copy these practices, believing it to be something less sacred than it is. These religions vary between themselves and have their own rules, gender roles, and histories.

This section exists to allow readers to know that as I discuss witchcraft and the focus on gender and identity within it, that many of the close practices that are considered a part of the craft may have different meanings from what I am discussing. Here on out, we are focusing on the versions of witchcraft that have appeared on sites like Tiktok, Tumblr, and more, as well as peering back into the history that has inspired these practices.

We know the stories, we’ve seen the movies. The Witch is a valued trope in our modern-day. They were born, though from vile acts enacted through centuries of religious purging and fear-mongering. The Salem Witch Trials have cemented us with the image of a woman hanged or drowned for her apparent deals with the devil. Tales of witch trials rarely divulge any male suspects, but rarity does not mean they do not exist. In fact, in many countries like Iceland, Estonia, and Russia, more men were tried for the crime of witchcraft than women.

Our modern perception of witchcraft, especially in the Americas, does not often seek out an outsider look into others’ experiences. American witch hunts feel like their own entity. Even modern American witchcraft, with their covens made of neopagans and western mysticism, focus on the histories documented in American textbooks and Hellenistic or Nordic (there are many others, but these two are quite popular nowadays) religions. The perception is now based on how these texts are interpreted by a wider audience. Thanks to the gift and curse of social media, histories are becoming muddled, and practitioners of witchcraft are now as mainstream as indie pop music.

How does the perception of the witch affect the existence of male or genderqueer witches? Well, everything is ultimately based on one’s own understanding of these tropes and titles.

There have been instances of male witches in stories for as long as there have been female witches. The only reason people assume the male witch is nonexistent is because he exists under another name. Names and titles imbue themselves in our texts to remind us that there may be a difference between feminine and masculine. In reality, the difference is only one of linguistics. “Warlocks”, as per most definitions, are male figures who practice witchcraft. In Old English, “wicca” is actually a masculine root for the word “witch”. “Wizards” entered the mainstream to denote a magic-wielding man who may lean towards the side of righteousness and good. And more words exist; sorcerer, hexenmeister (hex master), and more– all of these words are simply other ways to say “Male Witch”.

From these words, we have countless examples of who we may consider to be male witches in the media. Gandalf from Lord of the Rings, Harry Potter from his titular series, the list goes on. Wicca, a religion that may often be confused with witchcraft, also got its name from the masculine Old English version of “witch”.

Our old perceptions of an entirely female coven should be reconsidered in the face of these existing masculine witch names. Why has this not reached the mainstream like current witchcraft, though? Because many practitioners are women themselves, and countless more are practicing to go against the status quo of their society.

A Queer Kind of Magic

Witchcraft has always swum against the current. That is why the puritans tried supposed witches.  They caught the ire of their neighbors or were black sheep in the community and drew attention through nonconformity. Nonconformity is the lifeblood of witchcraft, in my eyes. And, this lifeblood is shared by individuals in the LGBTQA+ community.

There are countless viral practitioners that fall under the queer umbrella. Terms like “manifestation” and astrological studies are all valued in many queer communities. Why has witchcraft become something precious to queer individuals? Because witchcraft’s perception is shifting. It’s mainstream, or just off the verge of mainstream, and new witches are developing and growing ideas that aid in grounding and healing trauma. Shadow Work, the act of healing the darkness that may block manifestations or practice, has always been a part of many different crafts, but now it feels vital to the visible witchcraft everyone is witnessing. Queer individuals, who often experience trauma just by the principle of not conforming to the norm, find such work to relieve painful wounds that exist within them.

Beyond that, the act of witchcraft is power. It’s a power one can grow and learn from, one that anyone can possess if they believe in themselves. Witchcraft can aid in increasing self-esteem or keeping one’s mind from wandering with affirmations, meditative exercises, and spell-work. Gender has no bearing on one’s ability to harness this power. Trans and intersex individuals gain as much from practicing as cis individuals do. The only difference, really, is the purpose. Men, women, and those nonconforming have their own wants for what witchcraft could do for them. Their perception of witchcraft, though shaped by what they see and hear, is entirely their own eventually. All they need to do is discover that this power, this grounding, and this healing are available to them.

Changes We Must Make

There is no reason to bar anyone from witch communities. Men, women, and those who conform to neither or all genders all have the ability to turn to witchcraft. If shadow work and herbs and tarot have the ability to help someone, who has the right to turn them away? As the perception of the witch grows closer and closer to something everyone can consider, welcome your new brothers and sisters with open arms. Teach them the safe way to practice the craft. And always open your ear and heart to learn more from them too. 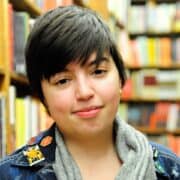 Self-Love and the Art of Receiving

The Lover and the Loved Spell