This month, The Alchemist’s Kitchen was lucky enough to chat with Ana Rosenstein, founder of the incredible company Kaleidoscope (and recent graduate of Harvard Business School). As both an avid skier and former ballerina, Ana developed Kaleidoscope because CBD was one of the few things that helped alleviate pain deriving from her active lifestyle. Learn more about Ana’s journey and how Kaleidoscope came into being below!

Hello Ana! Can you tell us a little bit about yourself and your background? 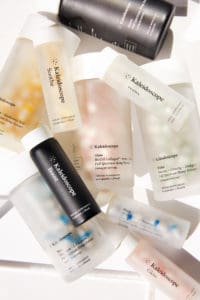 I was born in New York but grew up between New York and San Francisco mostly because of my dad’s work. We commuted back and forth for years until my family moved back to New York full time when I started high school. I always thought I would pursue a career in politics until I started college, where I realized I loved American politics in theory, simply studying it, but not actually in practice. So, I did my undergrad at Brown University and studied political science with a focus in American politics, but knew pretty quickly it wasn’t what I would do long term. In my senior year at Brown I was accepted into Harvard Business School’s 2+2 program. I worked in venture capital, at betaworks, for two years after college, and then left to get my MBA. I never dreamed I’d start a company and truly thought I’d be on the investing side the rest of my life. In between my first and second years at Harvard I was working for RRE Ventures focusing on consumer product/retail companies. I had this observation that the CBD product I wanted didn’t exist; I saw tons of products in the market that didn’t make sense (which I’ll delve more into below) and RRE decided to back me in starting Kaleidoscope. So I spent my second year at HBS commuting back and forth between Boston and New York twice a week – running the company and finishing school. That was part of the deal with RRE – I had to finish school – a stipulation for which I am incredibly grateful.

How did you come to develop Kaleidoscope? 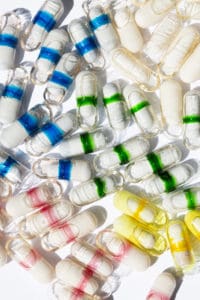 I was a ballerina my whole childhood and continued dancing all through high school – I switched over to more modern dance when my injuries made ballet too difficult for me to continue. On top of that I’m an avid skier, despite the fact that all of my injuries can make it pretty painful. I actually spent two months skiing around the world alone before I started business school – it was the best two months of my life. I went everywhere – Riskgransen, Alyeska, Portillo, Valle Nevado, Verbier… the list goes on. I mention the dancing and the skiing because they were two important factors in my starting Kaleidoscope. As you can imagine, I’ve completely destroyed my body and live in a ton of pain but discovered a few years ago that CBD was tremendously helpful in curbing it. I was using a 1:1 THC to CBD topical for pain (I’m a firm believer that you need THC in a pain cream for it to work and actually reach the pain receptors and that’s the reason Kaleidoscope doesn’t produce a pain/joint topical). Simultaneously, I was trying to figure out a way to get myself off Vyvanse (the more potent version of Adderall). I was prescribed a figuratively lethal dose and while I truly, medically needed it to perform in school, was having debilitating side effects when I would come off the medication over breaks from school. I had read about CBD helping eliminate brain fog and helping people focus so I decided to try self medicating. I slowly weaned myself off and ultimately developed our “Wake” formula as a replacement.

Along this whole journey of experimentation with CBD, I saw inconsistencies in the ecosystem – why was an ingredient that was supposed to suppress anxiety and inflammation being put into sugary products like gummy bears or alcoholic beverages? Why would an ingredient with a notoriously low bioavailability (the amount of a substance that actually gets into the bloodstream) be put in food products where it would almost surely be broken down in the digestive system with only a small percentage actually reaching the bloodstream? I knew I wanted a scientifically crafted, premium CBD product that could be taken every day in a functional manner alongside all of my other vitamins and medications. CBD is functional, it’s not recreational and needs to be treated as such.

All of these observations combined pointed me toward the concept for Kaleidoscope: a high-end CBD based capsule, coupled with other Ayurvedic herbs and western ingredients, that could be incorporated into your daily routine but that targeted specific ailments and concerns thus giving customers control over the suite of products they ingest everyday. I believe CBD is an amazing ingredient but that doesn’t mean it’s the “be all and end all” of ingredients. It’s not a magic bullet and it’s not a miracle substance. It’s simply a really good ingredient – just like the other ingredients we use in our capsules. I believe CBD should be paired with other botanical herbs and other vitamins that enhance its efficacy. To me, that’s the logical future of CBD.

How did you decide where to source your ingredients for your products? 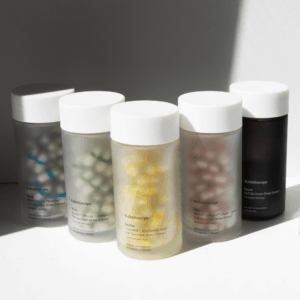 I met with a bunch of CBD providers throughout the country and ultimately settled on our current provider in Kentucky. When I started the business, there weren’t many growers that were GMP certified, which was, and remains, very important to me in our efforts to provide the best qualityCBD we can. I also felt very strongly that the farm we worked with was not only organic and pesticide free but test for pesticide run off from the water supply.

Why CBD? Why do you think CBD can be such an important ally for people?

CBD is a wonderful ingredient. It’s not a magical cure. It’s not a mystical elixir. And it’s not the “be all and end all” of substances. It’s simply a good ingredient that should be combined with other ingredients to produce effective products. I think a major problem in the industry is that CBD is being treated like the best ingredient to ever be grown in soil. It’s not. That doesn’t mean it’s not an amazing substance, but it needs to be brought down to earth a bit. That’s why we combine CBD with other amazing Ayurvedic herbs and western ingredients to produce our formulations. I think CBD has been put on such a pedestal because it was erroneously restricted for so long. I chose to produce a CBD product because I felt like there was this fundamental misunderstanding and misuse of it in many of the product on the market.

What was something that surprised you while developing Kaleidoscope?

As much as this industry has blown up, there’s still so much work to be done. I find that one of the biggest hurdles for us is educating people about our product (which is quite technically complex) and explaining to them why some of the CBD products they’ve used in the past don’t work. People are so overloaded on CBD that we have this additional hurdle – not only do we have to educate people about our product and how it works but also about the science around CBD in general and the forms of consumption that in my opinion, aren’t effective.

Can you tell us a bit about Kaleidoscope Gives Foundation? 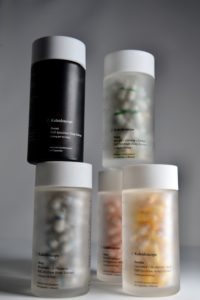 When I started Kaleidoscope I knew I wanted the company to have a social good component but I didn’t just want to donate product or give a dollar to charity for each bottle sold. So, I decided to create the Kaleidoscope Gives Foundation, which actually sits independently from Kaleidoscope. It’s a separate non-profit (501c3), with an independent board of directors (I am the only overlap between Kaleidoscope and the foundation), which provides grants to a variety of people and causes that are doing good on the cannabis industry. A percentage of sales from each bottle of Kaleidoscope product sold will be allocated towards KGF, which then provides grant monies to fund various not-for-profit organizations and ventures doing exceptional things for the cannabis industry, the planet, and society. The foundation allows us to donate funds to a variety of organizations without feeling as though their operations are in any way beholden to Kaleidoscope as a company.

Herbal Allies for a New Year