In celebration of Mother’s Day, use discount code “MAMA25”

Powerful women are blessed with different stages in life, just as the moon follows a cycle of fullness and waning. We celebrate each stage in its own way. The transition from maiden to mother is one of joy, fulfillment, and fertility- the flowering of womanhood.

But time always moves on. These stages do not stay the same forever – just like how a moon does not stay full forever. We must embrace change, whether it be quick or gradual, and welcome the wisdom that comes as we evolve from one stage to another.

Maiden: The Archetype of Innocence and Wonder

The Maiden represents the unconscious, curious and naive self. Innocence and the Loss of Innocence.

She is young and innocent; she has a lot of energy, but very little knowledge. The Maiden does not know who she is yet, or what she wants. So, her life is guided by others. She may also be afraid to ask for what she wants out of fear of rejection or failure. The Maiden is still finding herself and learning about the world around her; she is just starting out on her journey into adulthood.

The maiden stage represents the beginning of life and can be likened to being born again into this world. It is the time when we are innocent and pure in our thoughts and actions, but we have not yet learned about the ugliness that exists in this world.

We are like children who have been born into this world without any knowledge or understanding of what it means to be human.

The Maiden is an archetype of youth, innocence, and delight. She is someone who has not yet experienced the trials and tribulations of life, but who is fresh and full of promise. The Maiden has not been beaten down by the world yet, so she still has hope for the future and childlike wonder about what might lie ahead.

She may be young, or she may be an ageless spirit. And she is most often portrayed as a flower girl in fairy tales, but she can also take the form of a sweet-faced princess or the heroine of a coming-of-age story. The Maiden represents our connection with nature: she is Spring itself!

Mother: The Archetype of Nurturing and Caretaking

For a lot of women, the most powerful symbol of strength and fortitude is the female archetype known as the mother. This figure can take many forms, from the Virgin Mary to Demeter, but at her core, she is a woman who is both self-assured and nurturing: she possesses the power to create and transform.

Her influence on culture is undeniable, appearing in fairy tales and legends throughout history and inspiring some of the most recognized images in our Western tradition.

The maternal instinct is the most understood and revered of all of us – even those who do not want children feel a longing for this experience.

The Mother knows that life is not always fair, but she will fight tooth and nail to get what she wants because if it means something enough then it is worth fighting for! She knows when something is not right in her life or if someone isn’t right in her life, if they don’t change then they’re out! 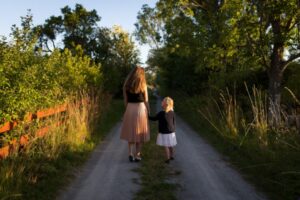 The mother stage refers to powerful women who are mothers either literally or figuratively. This stage represents the time when women have experienced some degree of growth and maturity, but still have much left for them to learn about themselves as well as about life itself. At this stage, powerful women often experience feelings such as fatigue, exhaustion, stress, or burnout because they are constantly giving everything they have to others before taking care of themselves first.

The Mother is a symbol of nurturing, fertility, and creation. If you have ever heard the saying “mother earth,” that is exactly where the concept of the mother archetype comes from. The Mother archetype represents caregiving and protection—think fairy godmothers and mother hens.

The other side of this archetype is that the mother can also be fiercely protective of her children are threatened.

Crone: The Archetype of Wisdom &Experience

Once the mother has completely birthed her own creations and those around her, her role is complete, and she transitions into the elder stage of womanhood. This stage contains wisdom, self-fulfillment, and freedom.

The crone stage represents wisdom gained through experience. This is called “mother wit”. Elderly women are respected and revered for their wisdom and worldliness in many different cultures.

She is the culmination of her own experiences, her own choices, and her own mistakes. The Crone has learned to accept herself as she is and has let go of any shame or self-recrimination. And she has been through the fire and emerged a stronger person because of it.

She is the wise woman who knows that it takes all the seasons of life to become whole, so she works on herself through all stages with equal importance.

She knows that change is inevitable, but she also realizes that change can be good. A Crone doesn’t cling to old habits or relationships just because they’ve always been there; instead, she embraces new things as part of her journey toward wholeness. 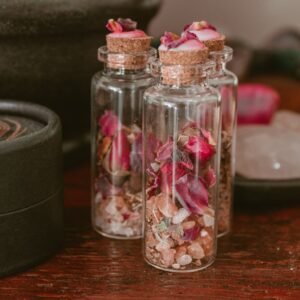 Celebrate All the Stages

The power of women is immeasurable, and as they reach inward to find their center, they become unstoppable. It is beautiful to witness the different paths each woman takes in her own journey, just as it is beautifully tragic to see the societal restrictions that hold them back.

In our society, we tend to paint women as either “girls” or “women”, with a huge chasm in between that is filled by anything from sexist assumptions, antiquated gender roles, and ageism.

Women are perhaps the most maligned group in society, and rightly so since there are so few who are celebrated for their authentic selves. It seems that as soon as a woman begins to show signs of aging (however minimally), she is no longer allowed to act like a fully formed person, but rather must be relegated to the status of some other being.

The feminine divine wants women to be celebrated for the entirety of their lives. She is all woman (Maiden, Mother, and Crone) in one body; a powerful woman contains all things that make us human: strength, compassion, wisdom, and sexuality. She is pure potential at 18 and 82.

Women’s empowerment goes beyond the idea of being able to do whatever a man can do. It is a celebration of our bodies, minds, and spirits and should be honored regardless of age or societal expectations.

Join us as we host classes virtually and in person. See the latest happenings HERE 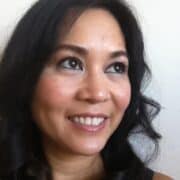 Ezza Valdez is an explorer with a creative passion for "DIY" projects. Growing up in the Philippines, she rallied her friends to adventures in outdoor cooking (using milk cans as pots), paper doll theatrics, and making their own musical instruments for caroling. "You can make beautiful music with a wire and a ton of bottle caps". A veteran of the IT industry with an academic background in Computer Science and Technology, she is currently a student at David Winston's Herbal Studies 2-year program.

Maiden, Mother, and Crone in Springtime