Have you ever wondered about the origin of the Christmas tree, with the star on top and brightly wrapped presents beneath?  Or the idea behind Santa Claus, who jets around the globe in a magic sleigh with flying reindeer (defying both time and space) to deliver the world’s children a bounty of Christmas gifts?  Since when did Santa and the birth of Jesus have anything to do with each other?  Where do these stories come from? Better yet: what are we actually celebrating on Christmas morning?

There are answers to these questions.  And the history is not so farfetched or even that hidden. The first place we look is the North Pole, otherwise known as ancient Siberia, near the top of the world.  The story of Santa and his likely origins begins where he supposedly lives: the frigid North.

In this wintry-wonderland, if you go searching for Santa, you may not find him, but you will find indigenous people native to what we know as Siberia.  Among these cultures are the northern Tungusic people, known as the Evenki.  The Evenki were predominantly hunter-gatherers as well as reindeer herders.  Their survival depended largely upon the health and vitality of their domesticated reindeer.  The reindeer provided the Evenki and other northern tribes with everything from clothing, housing material, wares and tools from the bones and antlers, transportation (yes, they ride reindeer!), milk, as well as cultural and religious inspiration.

The Evenki were also a shamanic culture.  The word “shaman” actually has its roots in the Tungus word saman which means “one who knows or knows the spirits.”  Many of the classic shamanic characteristics that would later be reflected in cultures all over the world were originally documented by Russian and European explorers while observing the Tungus and related people’s religious life.  This includes the three-world system, the shamanic journey or soul flight, the use of altered states of consciousness, animistic belief in spirit, and so forth.

A significant aspect of the shamanism practiced in this part of the world during that time was linked to Amanita muscaria, also known as the Fly Agaric mushroom.  This mushroom is more widely accepted in the modern world as the Alice in Wonderland mushroom.  It was held very sacred by these ancient people, and was used by the shaman and others for ceremonial and spiritual purposes.  Amanitas range from brightly red and white, to golden orange and yellow.  They only grow beneath certain types of evergreen trees.  They form a symbiotic relationship with the roots of the tree, the exchange of which allows them to grow.  One of the reported ancient beliefs was that the mushroom was actually the fruit of the tree.  Due to the lack of seed, it is also commonly held that Fly Agaric was divine .

Although intensely psychoactive, Amanitas are also toxic.  One way to reduce the toxicity and increase the psychoactive potency was to simply dry them.  When out collecting the mushrooms, people would pick a bunch of them under the evergreen trees and lay them out along the branches while continuing to pick the mushrooms beneath other trees.  The result was something that looked very reminiscent of a modern Christmas tree: evergreen trees whose branches are dotted with bright red, roundish “decorations” – in this, case the sacred mushrooms.  At the end of the session, the shaman or harvester would go around to each of their mushroom stashes and put them all in one large sack… a large sack?!!  Remind you of anything?!  Not only this, as the story of the tradition goes, the shaman would then, carrying this large sack, visit the homes of his or her people and deliver the mushrooms to them.  They would then continue the drying process by hanging them in a sock, near the fire!

Another way to reduce the toxicity of the sacred mushrooms is through human filtration.  Once passed through the body, the toxic elements are apparently filtered by the liver and the resultant urine that comes out contains the still intact psychoactive elements.  So they drank the filtered urine.  But that’s only half the story.  Somewhere in the mythic origins of this practice is the reindeer. Because the reindeer also love these mushrooms! They dig through the snow to eat them, and they also drink their own urine afterwards. Perhaps, long ago, one of the first shamans witnessed the reindeer’s love affair with this peculiar mushroom, as well as its propensity for eating its own freshly yellowed-snow, and saw how peculiarly it behaved.

However it may have happened in antiquity, the connection between the reindeer, the mushroom and the shamanism is apparent.  A very common vision that one has while under the influence of Fly Agaric is precisely that: flying.  Massive distortions of time and space occur, affecting scale in dramatic ways.  Not only do you observe yourself flying, but also other things… like reindeer.

Shamanic people are deeply invested in their environment.  They learn the magical and mystical properties of the natural world, and often assign a great deal of importance and sacredness to the bearers of that magic.  For some of these ancient Siberian people, this power was charioted by the reindeer and the sacred mushroom.  That the reindeer should have the ability to fly is evident not only in the vision, or their clearly altered state once intoxicated, but also in the wisdom they offered to the shamans by eating the mushroom in the first place, and for guiding them to do so just the same.

It wasn’t only the reindeer who could fly, but the shamans also took flight.  As mentioned, the shamanic journey or soul flight is a keystone in shamanic practice and especially so in ancient Siberian culture.  In order to interact with the spirits, the shaman had to be able to leave this world and enter theirs.  This was accomplished by projecting his or her spirit from the physical and into the immaterial.  They either needed the power to do this on their own, or use a spirit helper to take them.  It is very common for shamans to develop relationships with birds, naturally, as they have the power to fly.  But here, in the North Pole, what better animal to use than the magical, flying reindeer?

There is one other component to the shaman’s flight that corresponds to our Christmas exploration, and this has to do with how they got to the other worlds.  The shamanic cosmology often consists of three worlds: the Lower, Middle and Upper Worlds.  Connecting the three worlds is a cosmic axis, which is also commonly known as the World Tree.  The World Tree served as a bridge or portal that allowed a shaman and spirits to move between the three worlds.  It was the gateway as well as the highway.  In ancient Siberia, the same tree that also bore fruit to the amanitas was also a symbol for the world tree.  The Evenki and other indigenous groups lived in roundish, teepee like structures called yurts.  Sometimes they would place a pine tree in their yurts for ceremonial purposes.  This symbolized the World Tree, and they would harness its symbolic power to propel their spirit up and out of the yurt – through the smoke hole, i.e. the chimney.  Once the journey was complete, they would return through the smoke-hole/chimney with the gifts from the spirit world.  They also believed that the North Star was the very top of the Upper World, and because the World Tree was an axis that connected the entire cosmology, the North Star sat upon the very top of the World Tree – which is where the tradition of placing a star at the top of the tree comes from.

One of the final elements of the Christmas tradition that we know today is the whole concept of gifting.  What are we celebrating?  When you begin to unravel the experience of the shaman’s flight and dance with Amanita, you enter a world that is deeply sacred.  These shamanic cultures were intimately interwoven with their environments through the reindeer and the mushroom in a way that honored and celebrated the mysteries and magic that life and experience brought to the people.  The shaman’s journey and return was ultra-important to the survival of the whole community.  What they brought back with them was often a matter of life and death.  Time and time again, the shaman and the people, through these experiences that they deemed not only sacred but divine, would learn knowledge and wisdom directly from the sacred plants, their journeys, and from the spirits they interacted with.  This was a kind of life blood for their way of being.  This was the gift.  The celebration was actually a kind of celebration of life, continued survival and renewal; an honoring of the spirits, animals, plants and natural world that gave them the gift of life and knowledge of life.

This brings us to the grand finally, the big present hidden way back under the tree: Jesus Christ, and the timing of his arrival on Earth.  Concurrent with Jesus’ storied birth is a yearly alignment with the sun.  On the December 21st, winter solstice, the sun reaches its furthest southern point, bringing the northern hemisphere its longest night.  For 3 days, the sun remains unmoving. On the morning of the 25th, the sun begins its northern ascent once again.  This can be looked at as the birth of the sun, which has spent the winter traveling in the lower world, or the world of darkness.  When the sun begins to climb once again, it is a time to celebrate the light – literally the return of the light, the source of life on Earth, and ultimately the assurance of the coming summer, which also means the survival of the natural world, the animals, the plants, the people and their way of life.  Hence, life and the people are saved.  To indigenous peoples who depended on the seasons’ movement and bounty – and especially for the far northern peoples of ancient Siberia – this was a monumental time.  The sacred Amanita with its red, golden and orange coloring as well as its capacity to offer direct experience and connection with divinity was also regarded as a symbol for the Sun and its life-giving and saving properties.  The Sun – or the Son – is the savior, born on the 25th of December as the bringer of light, harbinger and liberator of life on Earth.

This is the gift and the meaning of the holiday we know as Christ-Mass.  When you are decorating your tree, hanging the star, and doing your thing with red and white and presents – perhaps take a moment to reflect on the esoteric meaning of the shamanic origins of Christmas, and what the spirit of this tradition was and is all about.

PS, This holiday season, The Alchemist’s Kitchen Staff Picks provides you with all our teams’ favorites!

We have also created our Intentional Gift Guide.  This guide will help you find the best products by intention from finding calm to making love to strengthening your immune system. 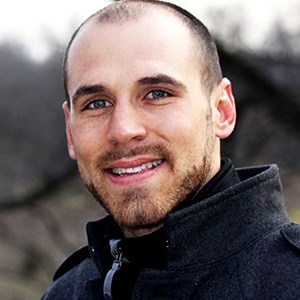 Matt Toussaint has been studying and practicing shamanism for the past 14 years. He focuses on bridging the gap between the traditional and modern.

Spike Your Holiday Punch With Herbs