There is a deep relationship between intuition and creativity. They both transform the ordinary, connect us to inspire, and invite passionate and full-bodied living. Yet we often avoid our own creativity and do not make time to connect with our intuition. I know so many writers who don’t write. I know so many intuitive people who don’t meditate. Why are we running from our own power? I think that the reason is fear. Ancient fear. 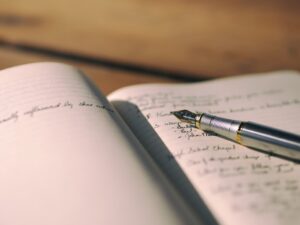 Creativity and intuition have not historically been neutral attributes to claim in this world. If you say that you are an artist of any kind, usually people want to know ‘what you’ve done.’ As though your value as an artist comes from recognition and your work being sold/you being paid as an artist. If you say you’re intuitive, people may want you to ‘prove it.’ As though intuition isn’t one of the most intimate and individual senses that we possess. It used to be (thankfully, I see this changing) that if you say that you’re both intuitive and creative, society will see one as invalidating the other.

Back in 2011, I had a very brief mention in The New York Times for a one-woman show that I was performing. It was just a listing of the show. But what stands out from that brief mention in one of the most revered newspapers in the world was this part: “Since Ms. Libertore’s résumé includes giving intuitive readings, this could be, er, interesting.” Maybe I am sensitive (I am), but it reads to me as a bit snarky. Now, this is not a big deal in the grand scheme of life. But let’s look at what’s lurking under the surface here. 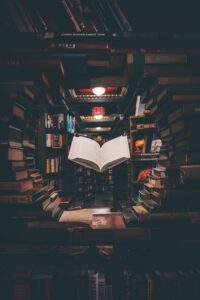 Throughout the world, people have been punished (as in made fun of, dismissed, ostracized, imprisoned, tortured, killed) for being intuitive, for being healers, free thinkers, and artists. This has been a means of the patriarchy, capitalism, and white supremacy to devalue human life and control and colonize. A lot of greedy and power-hungry people spent thousands of years putting a lot of effort into disconnecting us from our own creative and intuitive gifts. Why? Because intuitive and creative people are powerful and independent thinkers, are harder to control and distract and we have empathy. And what does empathy do? Make us want to take much-needed action to restore this planet’s balance.

So, if you come upon some fear as you tune into your own intuitive creative power, know that you are not alone. Know that there is a reason for this fear and it, unfortunately, is a result of systematically being taught and encouraged to not trust yourself. Breathe into your fear and find ways to heal, transform, release it. But keep putting one foot in front of the other and keep making room in your life to write, to create, to connect to the magic that is your inherent gift of intuition. We need the rebels, revolutionaries, lightworkers, shadow walkers, and creative healers. We need you.

Interested in joining the intuitive writer ranks? Join us for our event Writing From the Heart with Victoria Libertore!

Vaginal Atrophy: What to Do When You're Dry Down Under