Since the advent of the industrial revolution, technological modernization has accelerated the human disconnect from the natural world. In addition, western culture encompasses lifestyles surrounded by high-rise buildings and concrete jungles, which build barriers between nature and humans. And, because of poor urban planning, immigration to cityscapes, lack of funding for education initiatives, and media propaganda, we are seeing an increase in an issue called “Nature Deficit Disorder.” This term was coined by Richard Louv, where he has stated that;

“Scientific evidence suggests that nature-deficit disorder contributes to a diminished use of the senses, attention difficulties, conditions of obesity, and higher rates of emotional and physical illnesses. research also suggests that the nature-deficit weakens ecological literacy and stewardship of the natural world. These problems are linked more broadly to what health care experts call the ‘epidemic of inactivity,’ and to a devaluing of independent play” (Louv, 2019).

Many governments are taking notice of this issue. For example, Iceland’s Forestry Service is encouraging Icelandic citizens to engage in tree-hugging due to COVID-19 increasing lack of socialization. In fact, in the book, Blinded by Science, Matthew Silverstone discovers evidence that confirms hugging trees can help humans with mental illnesses, ADHD, concentration levels, reaction times, depression, and alleviate headaches.

Ironically, in response to COVID-19, many families are reporting behavioral issues and mental disruptions from both children and adults, but because of this, there is now much more public awareness of human and environmental health being intrinsically linked. This is because humans are intimately connected to nature, as we are one and the same. In fact, in his book, Last Child in the Woods, Louv hypothesizes that a large portion of modern society’s depression and anxiety are actually fueled by a true disconnect with nature.

For those reading with a sudden urge to go face plant into a vast flower meadow, luckily, a research study found that spending just two hours a week in nature is associated with an overall increase in well-being and a significant decrease in mental health issues (White et al, 2019). And for those who do not want to hug trees and get sap on their clothes, do not fret, because simply spending time in nature in itself is an essential part of health management.

However, while we wait for the warmer and more inviting spring weather, there are ways to connect with nature in your daily life: 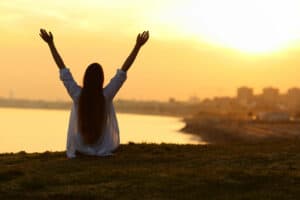 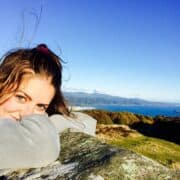