You probably know your Sun, Moon, and Rising signs (if not, what’re you waiting for, dude), but there’s an oft-neglected element of the natal chart worthy of your astrological attention. What phase was the moon in during the lunar cycle when you were born? This will help describe the interaction between your solar and lunar energies, and has strong implications for personality and sense of life purpose.

What’s more, when it comes to lunar phases, it’s not just the one you’re born under that matters. This cycle also repeats itself in the larger scale of a lifetime, cycling through about every 30 years. So while your lunar birth phase determines the essential energy you’ll use to express your life purpose(s), you may find that the stage that resonates with you most in this moment is the progressed version you’re currently in. If you’ve got your astrological sea legs already and want to DIY it, the degrees of placement are listed here for you, otherwise, consult the world wide web and, presto. Read on for herbal support suited to each of the eight phases of the lunation cycle.

New mooners are fresh out of the gate, so they operate from a primarily instinctive place. Whether you’re a gung-ho manifester or are struggling to unpack the seemingly unstable role of accountability in the whole, nothing-happens-that-we-don’t-call-in mantra, a positive outlook is a useful tool. Give yours some support with Rose Colored Glasses tincture from small batch apothecary Wooden Spoon Herbs. Boasting rose to open that heart chakra, mimosa flower essence to put some pep in your step, and holy basil to help you adapt to stressful situations, this tincture can help you steady yourself for whatever lies ahead. At this stage, that’s everything. 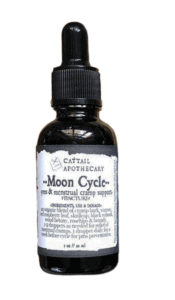 This one’s a little on the nose, but crescent moon phases sometimes need support as they begin to do the work of laying a strong foundation with heaps of resolve and the exhaustion that comes with it. They’re about breaking with the past, whether that takes the form of early childhood set ups, patterns of thought and behavior, or belief systems incapable of supporting their growth. Ease the process of letting go and soothe the various forms of tension that can arise therein with Cattail Apothecary’s Moon Cycle tincture. Yes, it’s designed for use during menstruation—and by all means, feel free to use it as intended if that makes sense for your bod—but yarrow’s cooling effects can calm an overheated system, skullcap can help quiet an anxious mind, and cramp bark relaxes muscles and blood vessels any old time of the month. 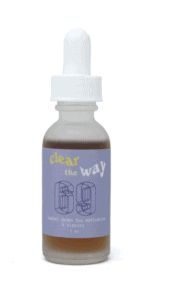 First quarter moon phases are action-oriented, and one of the tasks before them is to learn to manage what can be an unwieldy amount of energy. At this stage, the moon is half full (or about to be), and firmly on the path to increasing its light. Astrologically, the moon makes a square to the sun, and first quarter moonies can sometimes feel the tension this aspect generates. Still, this phase tends toward confidence and isn’t usually afraid to blaze a nonconformist trail. The gingko in 69 Herbs’ Clear the Way Tincture can keep things flowing by helping to increase blood circulation, especially benefitting the eyes, ears, brain and legs. Get the support your existential vision needs with motherwort and mugwort, and let lemon balm soothe any nerves that fray in the process. 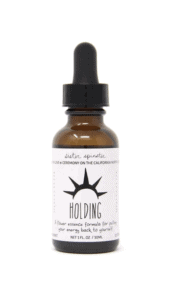 The gibbous moon is approaching full and moving farther and farther away from the sun. This phase is about improving upon what has been constructed in the previous phases, refining those structures so they’re capable of supporting your goals. Gibbous people tend to feel like their energy is being zapped by the amount of work they have to do and the limitations and demands of the physical world. It can be tempting to see the glass half empty in the face of the slog ahead, so rather than give your energy up to overwhelm, retain sovereignty over your inner resources with the support of Sister Spinster’s Holding Flower and Gem Tincture. Mullein and rosemary provide light analgesic effects, the latter of which also has memory-boosting potential, and borage assists in balancing the adrenals and purifying the blood. The warming honey brandy base may even be able to keep you pliable during the process. 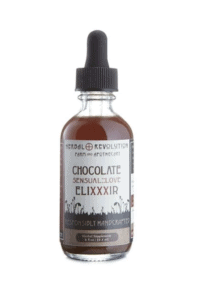 At this point in the cycle, the moon is furthest away from the sun and reflecting its fullest light back to Earth. This phase completes the first half of the lunation cycle, and from here on out the task for these mooners is to expand their consciousness to begin to understand why they’re compelled to do what they do, and why they do it that way. There’s a transition being made here from the corporeal to the cerebral or spiritual. Yes, this is a super fertile time, so, sex (all kinds, not just procreative). But also, in the inimitable words of former “Weekend Update” darling and quintessentially hard to impress NYC hipster, Stefan: this tincture has everything. Chock full of stress-fighting adaptogens to ease what can be a jarring process of shifting consciousness—like maca, ashwaganda, and rhodiola—as well as damiana, an ancient aphrodisiac that’s also used to treat GI issues and restore emotional balance, you’ll be well-equipped to tackle the next half of the cycle. 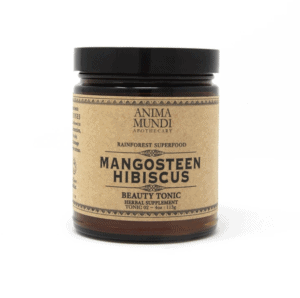 If the lunation cycle where translated to the lifecycle of a plant, this is the phase when the fruit is ripe and ready for harvest. To disseminate means to spread around, and these mooners tend to have a solid pull toward extroversion, self-expression, and sharing their unique gifts with the world. Mangosteen is a vitamin C-packed fruit indigenous to Southeast Asia, and this superfood powder uses both the peel and the flesh, making sure to share the holistic wealth. As a personal anecdote, one rainy day last fall I drank a cup of this to give myself a boost and fortify against an oncoming cold, and I felt my energy level rise with every sip, like a Super Mario power-up. I ended up saving the other half for later, which is fine—the shadow aspect of this sign is over-enthusiasm, so you might find that sometimes a little goes a long way. Remember that even if other people don’t match your excitement for your offerings, their intrinsic value remains intact. 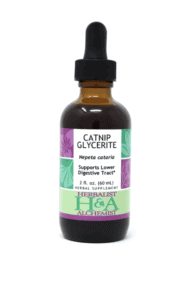 As the moon returns to the sun, this point in the cycle marks its half dark, half light phase. Astrologically, it’s often accompanied by a crisis of consciousness. If you’re a last quarter moon, something (or many things) may have compelled you to reexamine your modus operandi. Don’t freak out if, during this phase, you become aware that some of what you’ve taken as fact looks more like a questionable assumption: you’re right on track. Yes, it’s uncomfortable and even destabilizing to call one’s belief system into question, but it’s also necessary to ensure that you aren’t limiting yourself by upholding a system of thought incapable of sustaining your growth. Get some support as you reframe your whole deal with David Winston’s Catnip Glycerite. In addition to being super relaxing (even sedating, this will make a good sleep aid for some of you), catnip can also make you sweat, and help to break a fever. This is good to have on hand whether you’re feeling anxious and untethered, or rundown with whatever seasonal bug is going around. It’s alcohol-free, with a no muss, no fuss base of glycerin and water. 3 ingredients, right to the point. 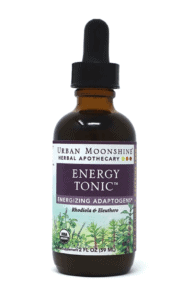 This is the last phase in the lunar cycle, characterized by a small, inverted crescent that wanes as the moon goes dark and the cycle begins again. Having moved through all the previous phases of building, refining, and discerning, balsamic moon people often feel they know something important, and may be compelled to distill the wisdom they learned through the course of the lunation cycle into something future generations can utilize once the new moon rolls around. These moonies are a little bit out of step, having one foot in the past and one in the future. Combat any feelings of isolation that accompany your sense of being somewhat apart with the abundance of herbal allies in the Organic Energy Tonic by Urban Moonshine. There’s a little something for every system in this alcohol-free tonic: a triple dose of hawthorn for the cardiac elements, licorice for adrenal support if your nervous system gets overstimulated by the charge of supporting collective evolution, and ginger to support your process of assimilation and elimination, ensuring that only what serves goes ahead.

If you’re interested in learning more about the lunar cycle, check out Demetra George’s book, Finding Our Way Through the Dark: The Astrology of the Dark Goddess Mysteries, from which I draw here, and which I came to via Chani Nicholas’ online workshop, Your Moon: Understanding the Moon in Your Chart. 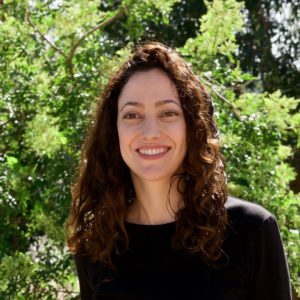