Here we are. We have officially arrived in the era of Build-a-Bear Spirituality. Not that there is anything inherently wrong with building our own daily spiritual experience a la carte, but cherry-picking culturally appropriate practices while remaining ignorant of what the process might require if we really want it to nourish us and not harm us.

Some of the risks in cherry picking and designing our own spirituality that we might want to consider include:

Taking these potential potholes into consideration, leads us to a very important question. What is the purpose of a spiritual practice? For our own life and the lives of others? If it is just to satiate ourselves with complete disregard for others, then by all means the complete global Build-a-Bear route is the way to go. However, if we highly value our place as cultural influencers, reality shapers and integral creators of the broader global human consciousness movement, then consideration for how our own personal spiritual decisions impact others becomes a value we cannot ignore. This is the second article in this series about spiritual extractivism and I’d like to dedicate it to discussing a practice that has become as common in pop wellness as breathing. I welcome you to explore with me, question yourself and me, and see what kind of evolution, if any, takes place.

A Native American practice that varies in its expression across tribes. The herbs used, the methods employed and purposes are different for different groups. Adrienne K. of Native Appropriations writes, “Smudging” is a practice that is from Native North American spiritual traditions. Yes, burning herbs, resins, roots, specific woods, incense, etc as cleansing or for prayer is something shared across many spiritual traditions, and each one has their own herbs and plants that they use for such rituals.

In this article, I’ll cover two particularly popular types of smudging that are now widely used by US wellness consumers. Hopefully, by the end of this article, we will all be on the same page as to why it might be considered cultural appropriation to continue marketing these two methods as our own spiritual methods of space cleansing.

Maybe, by the end, we can all agree to new and less culturally appropriate methods of cultivating an ethical capitalist wellness culture here in the US starting with the birth of a more honorable form of smudging where we aren’t cherry picking and commodifying existent spiritual practices from cultures we used to oppress and demonize for the very same beliefs.

Across Native communities, we use different medicines for smudging depending on where we’re from. Not all communities use or used white sage or even smudge. They may call it other things as well. In Cherokee we also “go to water” for cleansing, and I didn’t learn to smudge until later in life.” Let’s face it, there’s nothing inherently wrong with incorporating smudging into our daily life, but buying ‘smudge sticks’ and then selling smudging as if it were some kind of cheap product, when it doesn’t even belong to our culture is both lazy and corrupt. Anyway, if spirituality and cleansing is so important to us, then why not find out what our own culture uses for cleansing and dive deep into those practices? Why not create rituals around our own cultural practices?

Native American spiritual practices have been misrepresented by capitalist interests as magic, witchcraft, halloween costumes, turned into products like rituals, ceremonies, smudge sticks, and used in stories like Harry Potter, all of which mock the actual people who created these practices we are all now trying to buy. Of course, I understand that sometimes we resonate with practices that are from different cultures, but there is a difference between appreciating and appropriating. If we are truly appreciating a practice, while recognizing and respecting that it does not originate with or belong to our culture, then we can also keep that practice as part of our own personal life without selling it as if it belonged to our people. It is true that North American people are searching for meaning beyond what the Christian church has offered them. But adopting practices for ourselves from other cultures is not the same thing as selling other cultures’ spiritual beliefs as our own capitalist products. The difference here is between adopting and practicing vs. stealing and selling.

Sephora and other big brands are selling smudging kits without any consideration for the offensiveness of this product. Besides, the plants used in ‘smudge stick’ are often not even the same as those used in actual smudging ceremonies, which are typically native to the smudger’s homeland. When consumers purchase a commercial ‘smudge stick’ that has been made using plants that have nothing to do with where that person is from, they lack the connection to home, land, and spirit that is originally intended with ‘smudging’. It isn’t about having the right plants in the stick, as we’ve watered it down to be. The depth of the practice is one of connecting to your roots, to your land, and to a spiritual landscape beyond what is commonly perceived with our human senses.

In 1993, The Declaration of War Against Exploiters of Lakota Spirituality was unanimously passed by 500 representatives from forty Lakota tribes and bands. In it, they wrote an extensive response to this exact issue including the following:

“Whereas for too long we have suffered the unspeakable indignity of having our most precious Lakota ceremonies and spiritual practices desecrated, mocked and abused by non-Indian “wannabes,” hucksters, cultists, commercial profiteers and self-styled “New Age shamans” and their followers; and….

Whereas individuals and groups involved in “the New Age Movement,” in “the men’s movement,” in “neo-paganism” cults and in “shamanism” workshops all have exploited the spiritual traditions of our Lakota people by imitating our ceremonial ways and by mixing such imitation rituals with non-Indian occult practices in an offensive and harmful pseudo-religious hodgepodge; and…

We assert a posture of zero-tolerance for any “white man’s shaman” who rises from within our own communities to “authorize” the expropriation of our ceremonial ways by non-Indians; all such “plastic medicine men” are enemies of the Lakota, Dakota and Nakota people.”

Palo Santo, or Bursera Graveolens (found in Ecuador and Peru) and Bulnesia Sarmientoi (found in parts of Brazil, Argentina, Paraguay, and Bolivia) is a tree. Shamans burn Palo Santo sticks in bundles to cleanse their space and ward off spirits. Palo Santo in Spanish is holy stick or holy wood. It is also used to repel mosquitoes and other insects as well as having strong antibacterial properties.

This is one that I personally feel, especially since it is part of my own cultural heritage. My family comes from Paraguay, and I grew up moving back and forth between the US and the Paraguayan desert. So, I grew up with the knowledge that palo santo is to be protected while also seeing it over harvested and misused. I was shocked to see my American colleagues using palo santo regularly in wellness spaces and ignoring the fact that multiple species of Palo Santo are listed as ‘over-harvesting can lead to extinction’, ‘endangered’ or ‘critically endangered’ in the International Union for Conservation of Nature’s (IUCN) list.

In South American spiritual practices, which vary according to country and tribe, Palo Santo is to be gifted, not sold for ceremonial uses. Aside from that, this tree is protected in multiple countries, but those laws are extremely difficult to enforce. As such, it is also nearly impossible to determine whether or not the palo santo you are buying from Etsy, amazon, big brand stores, or your local yoga studio, are actually sustainably sourced or illegally acquired. There are a few places that you can find sustainably sourced palo santo including Sacred Woods Essence and Ecuadorian Hands.

As someone who comes from a place where the Amazon is burning, and where our resources and practices are being continuously commodified and sold for the ‘white shamans’ benefit, I am personally asking you to research and be more cautious about where you source your palo santo. I know it smells f*cking awesome, but I also know that it means more to me and my heritage than to become a fun commodity for foreigners to trivialize. We might ask, how does using palo santo for sacred ceremonies trivialize it? And I’d like to point out again, that it isn’t your adoption of this practice that ridicules my culture, it’s the act of sourcing this important resource unsustainably, marketing it as your own spiritual practice, and then selling our spiritual practice as your own that dehumanizes our contribution to the richness of global cultural diversity.

Now that we have a bit more context about where saging and palo santo space cleansing rituals come from, and why their origin stories and cultural identities are important, let’s look at a few possible options for how we can move forward in a more sensitive and authentic way.

Personal practice and commercialization of practices are not the same thing. What we care about, is the all too common removal of context from conversations/marketing/sales of these practices that ignore the painful history, original spiritual context, and actual human reverence that cannot be ethically separated from the practices themselves. So, if you want to continue practicing energy clearing in the above-mentioned way, then please keep doing so in a non-commercialized way. Appreciation, not appropriation.

Surround yourself with people who come from the cultures these spiritual practices originated in. Discuss with them, learn from them, and honestly explore your own role in the greater ethical conversation surrounding wellness and appropriation. 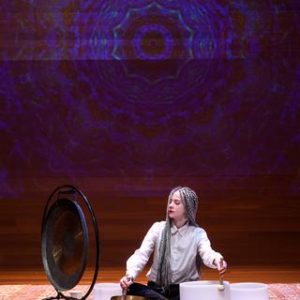 Maraliz Campos, sound practitioner and wellness guide, challenges widely accepted industry narratives. Vice Tonic applauded her work as a wellness influencer who is steering the industry towards increased diversity and Wanderlust named her 35 under 35 in wellness for her pioneering soundscapes. As a Latina living with chronic pain, she promotes accessibility, inclusivity and wellness for all while teaching us to shift our unconscious reactions to chosen responses. When utilizing the vibrational vehicle of sound, she combines scientific and intuitive techniques to invite self-exploration and reprogramming through sensory access to neuroplasticity.

Foraging in the Woods: What to Look for this Fall